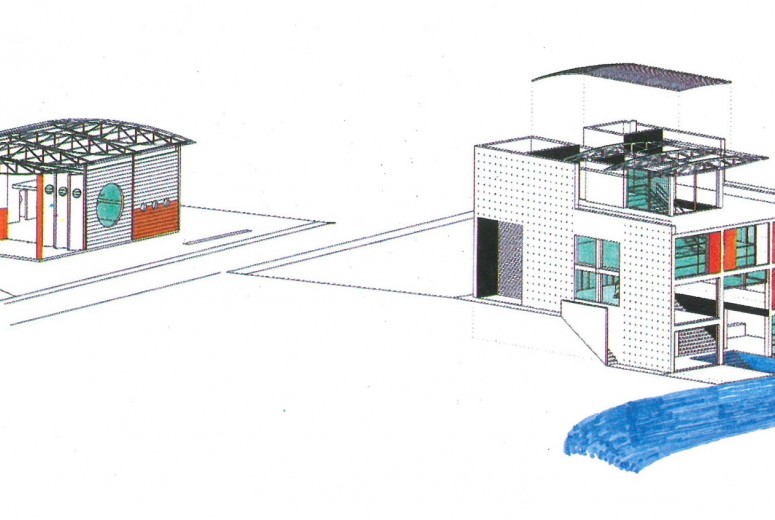 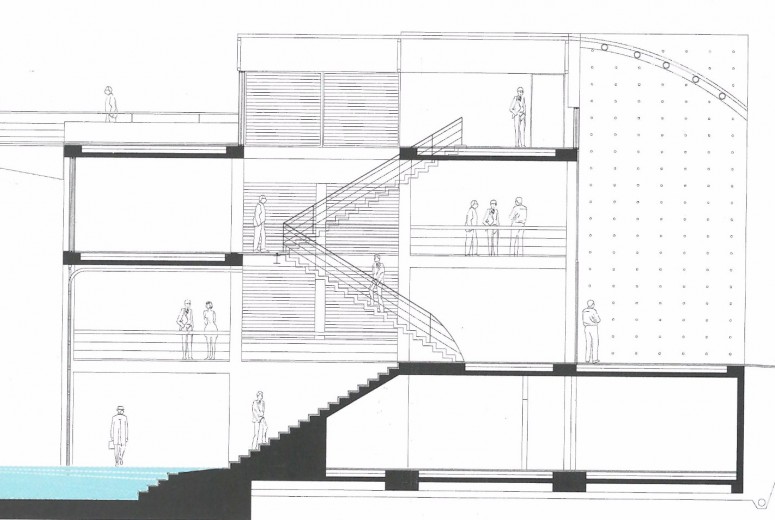 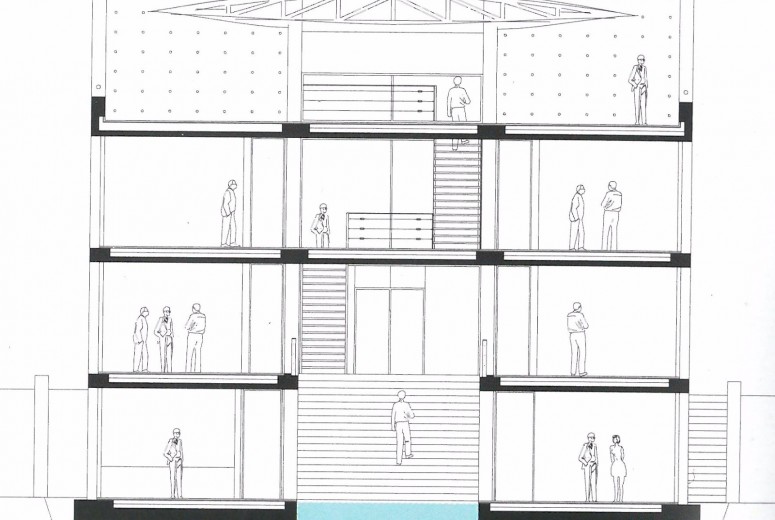 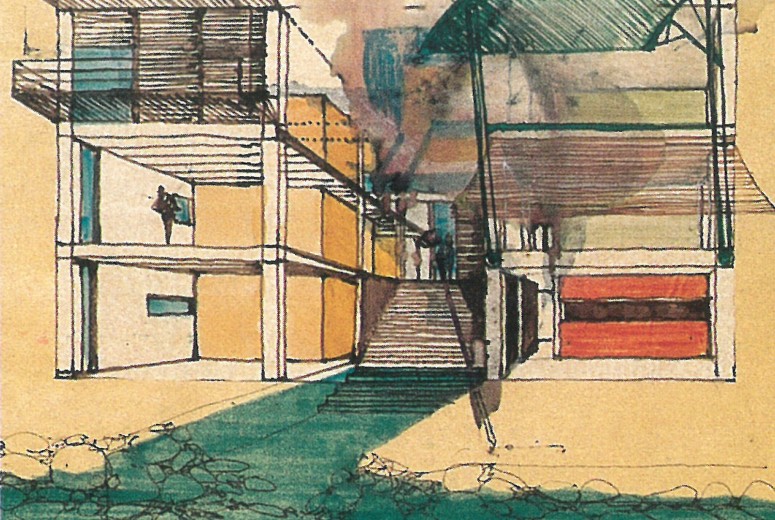 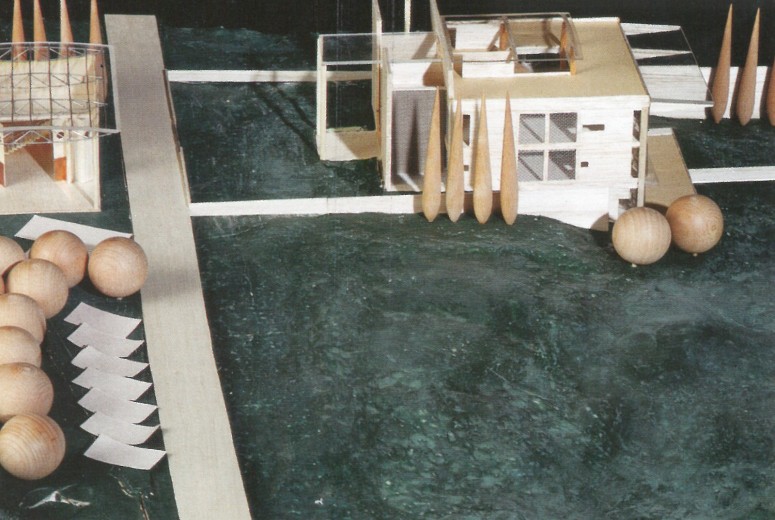 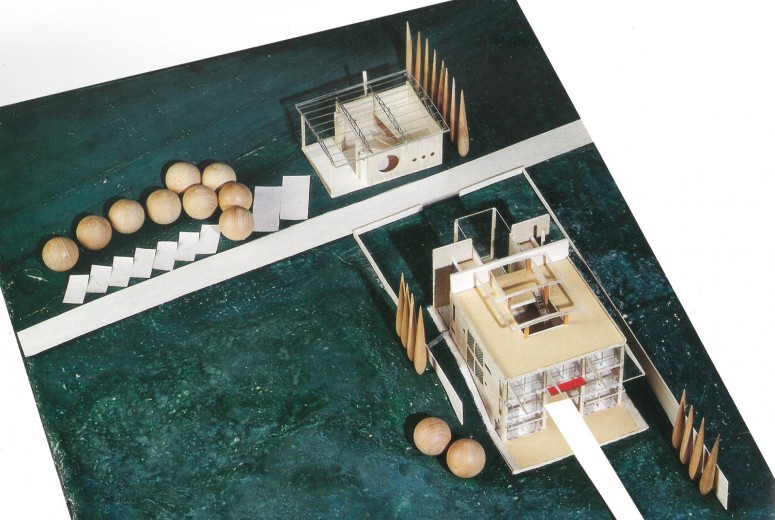 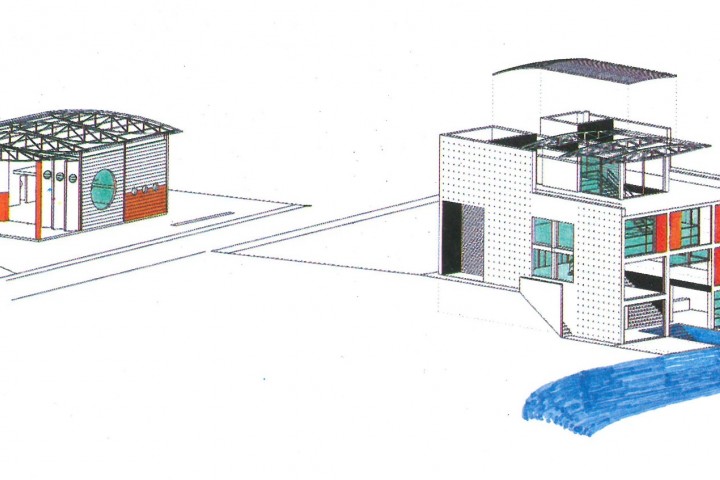 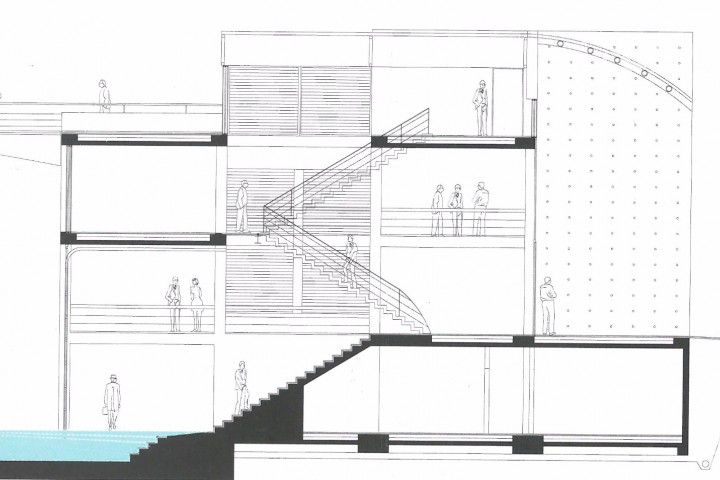 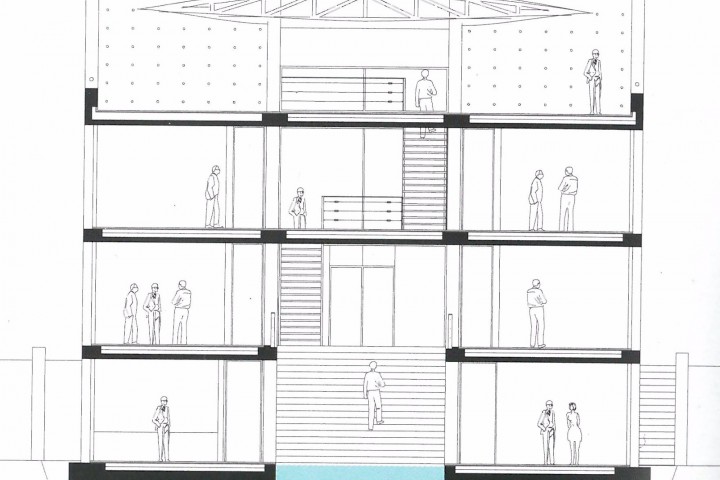 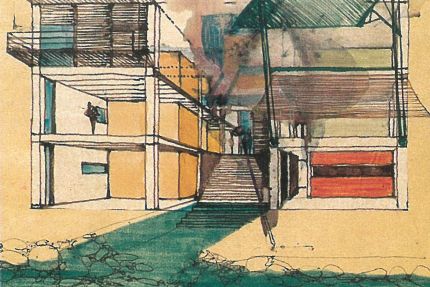 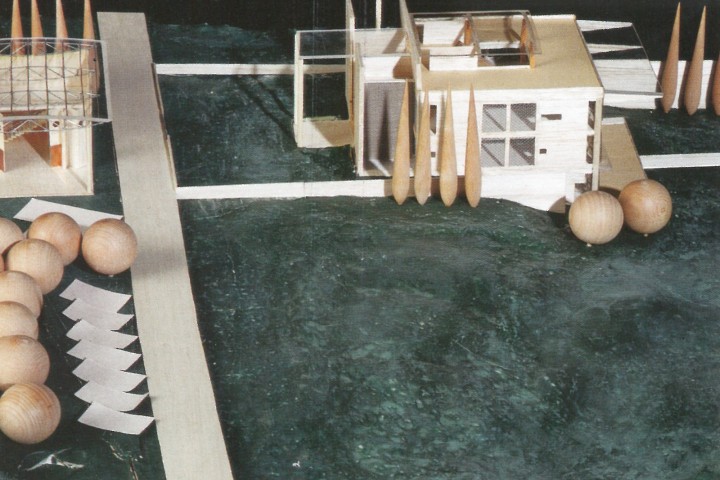 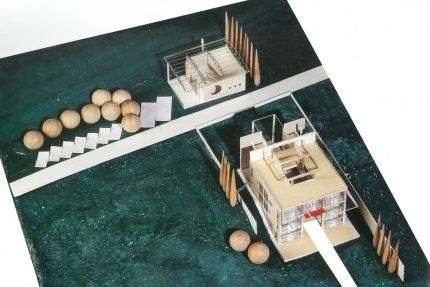 Location:
Turkey
Architectural Project & Design:
Gokhan Avcioglu & GAD
Project Team:
Yalim Guvercan, Bulent Uygur, Huseyin Onder, Asli Sener, Secil Vanci
Building Type:
Experimental, Office
Year:
1995
Status:
Study
Site and surroundings:  Tuzla, once one of the country-side of Istanbul has become a ship yard. The houses of the area having no architectural value, the inspiration has been took from the cranes and ships in the port. The view is sort of an industrial panorama.
In this project we have two pieces of land separated by a road.  The large one on the sea-side, is bordered by two rows of mature trees.  The road is a floor higher than the sea level. The other piece of land that is small and has the shape of a triangle is also bordered by trees. The buildings can be placed without touching the trees. The corner of the triangle shaped land will be left as a parking area.
Function : Offices  for 20-25 persons plus an assembly atelier for the firm which imports  engines and mechanical equipment for ships.
Architectural Solution: Two entrances have been proposed, one from land and one from the sea. The office areas have been separated from the service areas. The services are placed on  both sides of the entrance from the road.  The area authorized for construction has been taken as a grid divided by 5x5 meters axis on which a reinforced concrete structure will be erected.  Trusses will be poured upside down in the floor so the heating and electric/electronic alimentation needed by offices will be installed through the floors. The concrete will be left dime inside and outside the building.
The basement will contain the heating system and storage at the road side, and a cafeteria and meeting room at the seaside.
At the ground and first floors open or close office spaces will appear. The close offices will be separated by translucent glass. The director’s office and reception areas are located at the terrace level. An open axis that steps from the road to the sea through the offices contains a large concrete staircase under which spare storage space has been left. The large staircase may also be conceived as an amphitheatre. On the sides which are in closer relation with the neighbourhood the building surfaces are almost  close with few windows from sanded glass. The sunlight will be controlled by the metal balcony spreading over the sea on the terrace level and the wooden shutters sliding over the windows. The two level roofing will be covered with green.
Atelier Building: This building consists of a two-storey-high space in the entrance that is wide enough to shelter a truck and closed by a wall of shutters, and  two storeys of storage space at the back 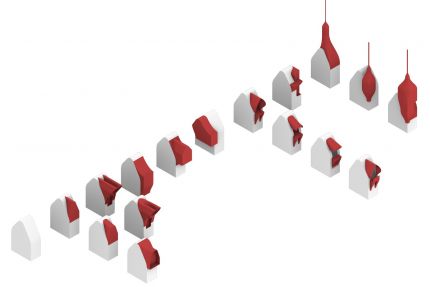 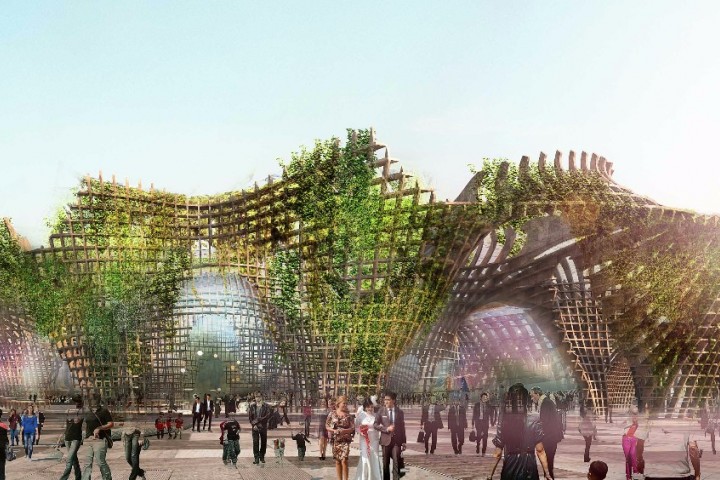 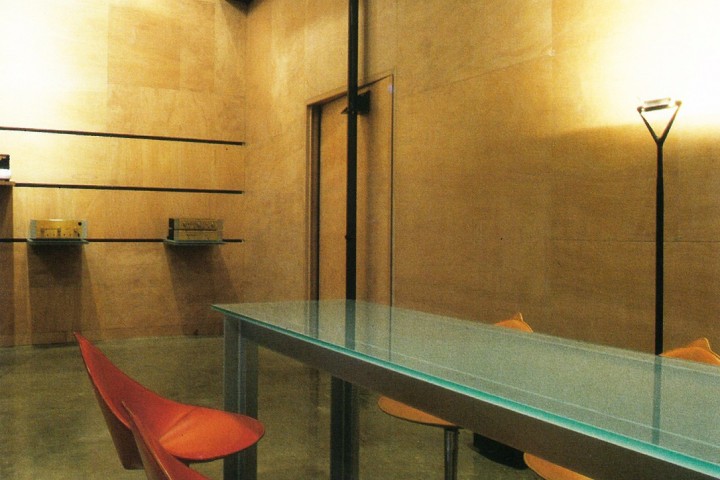 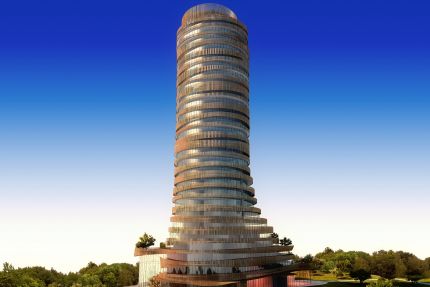