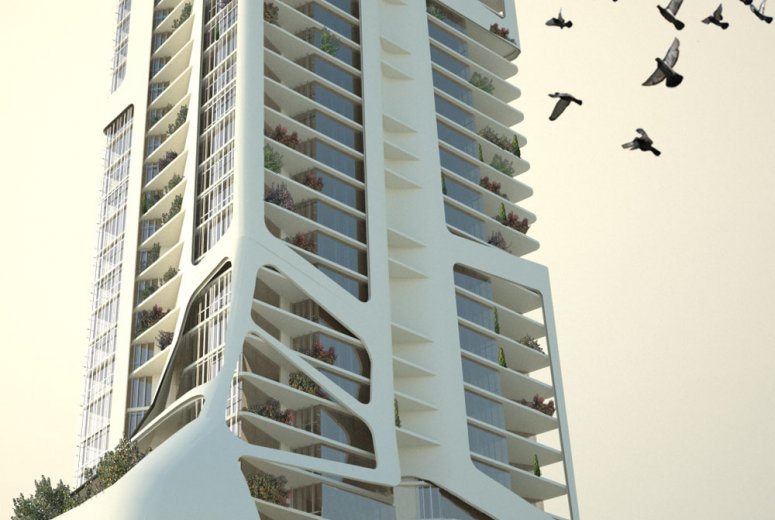 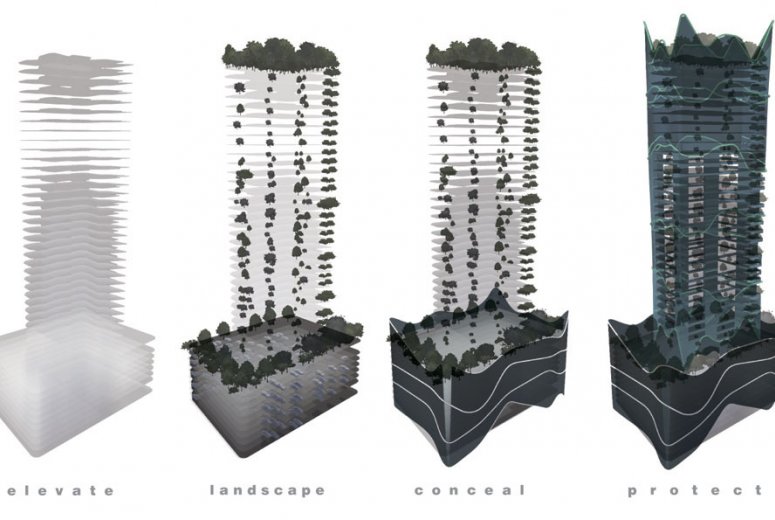 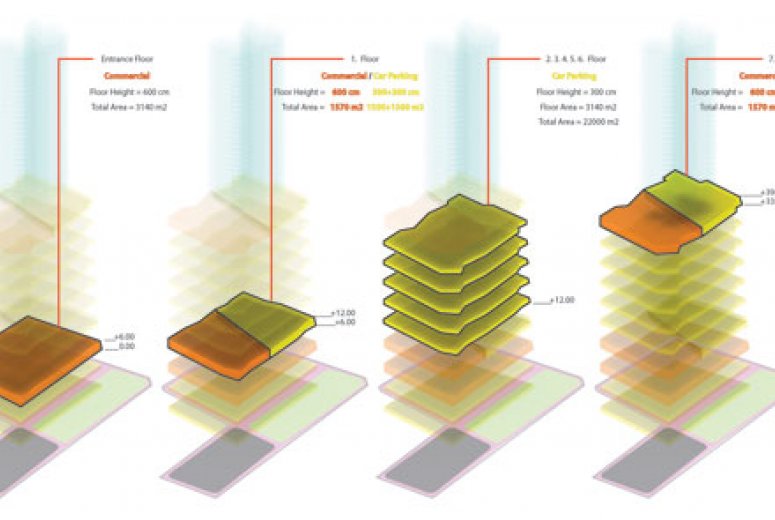 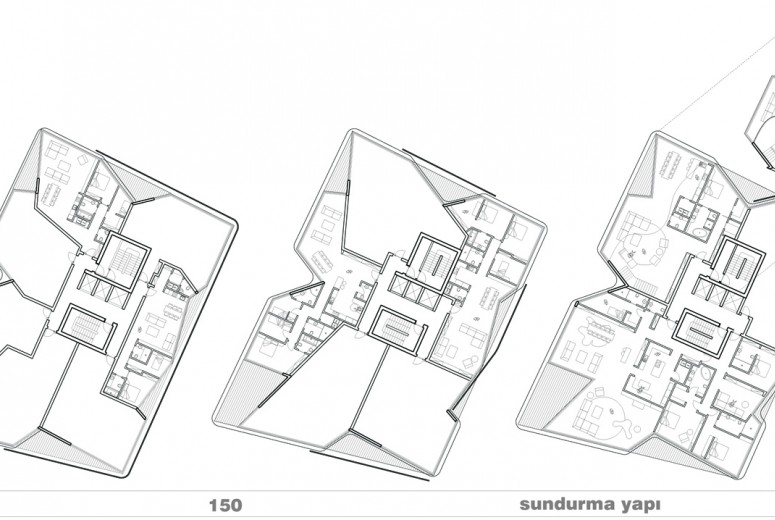 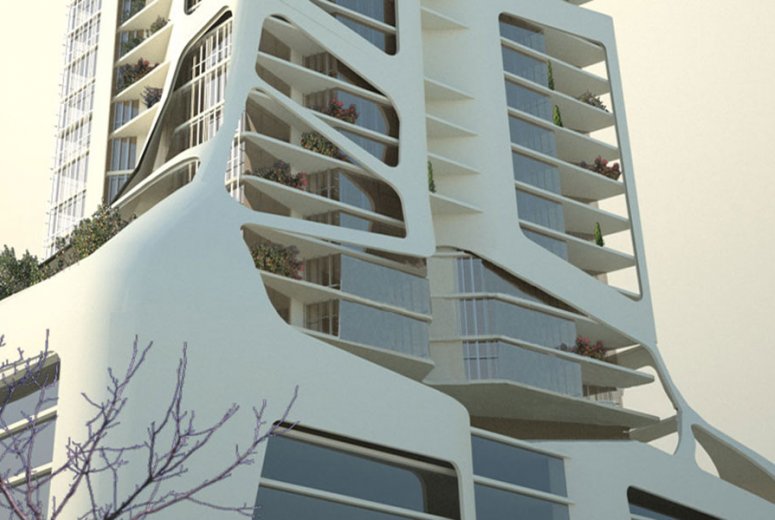 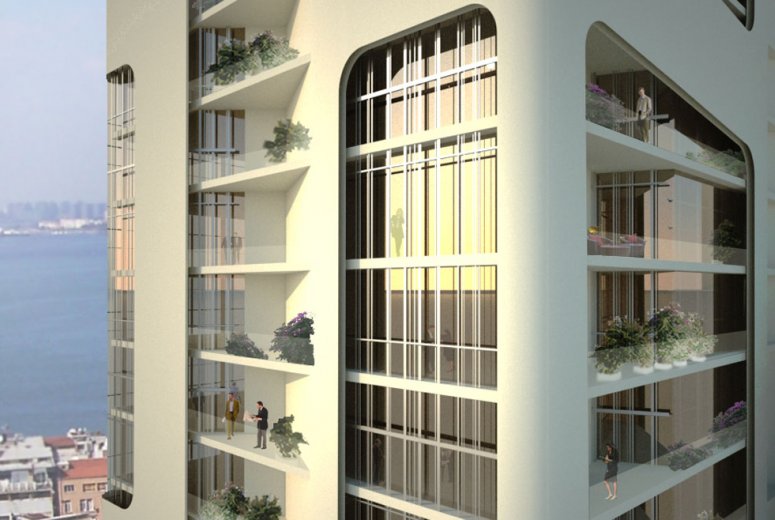 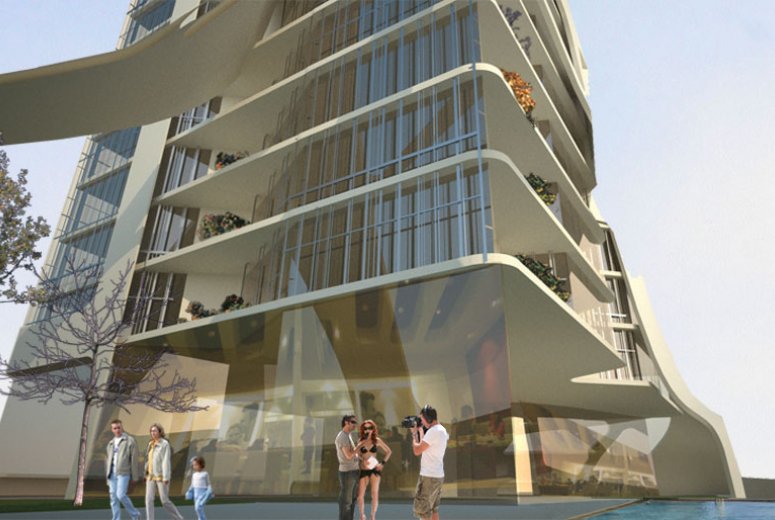 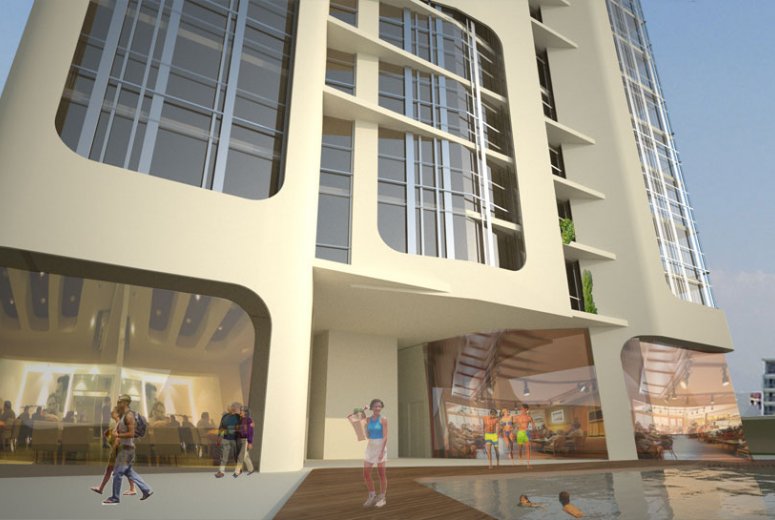 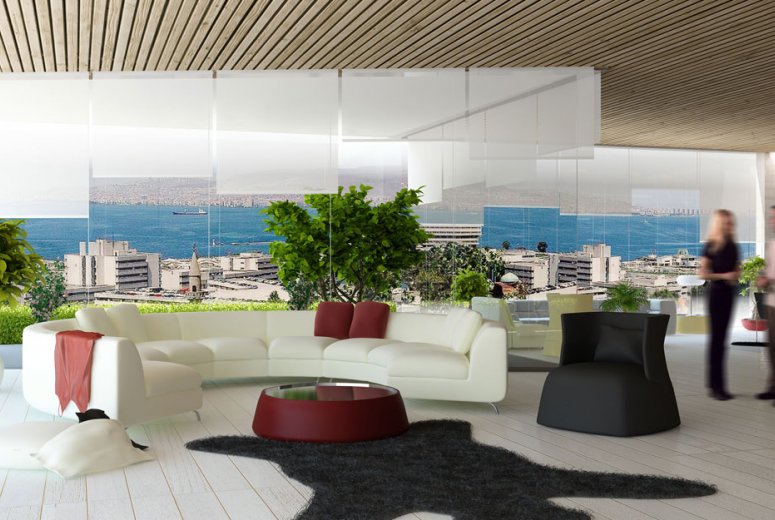 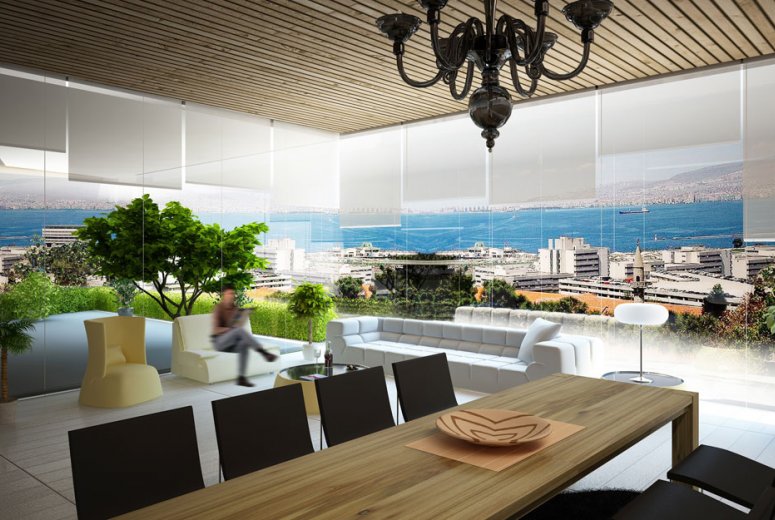 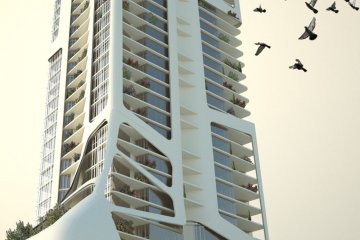 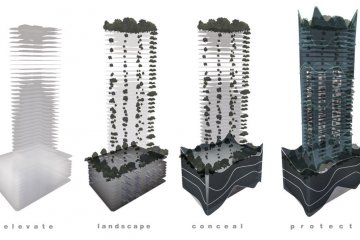 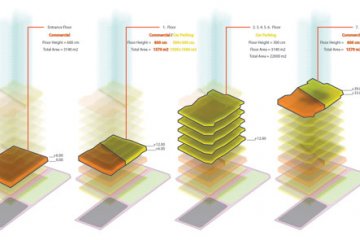 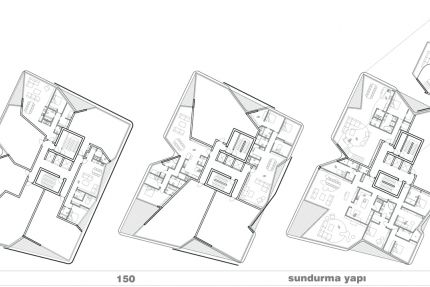 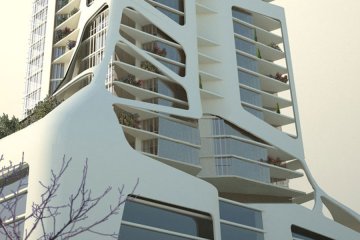 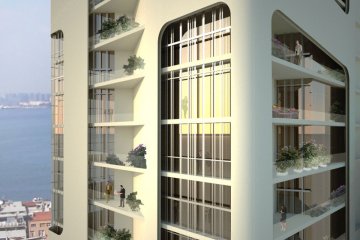 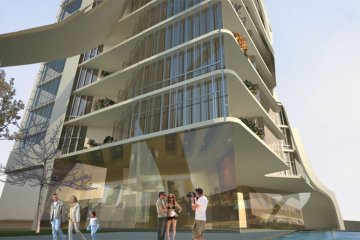 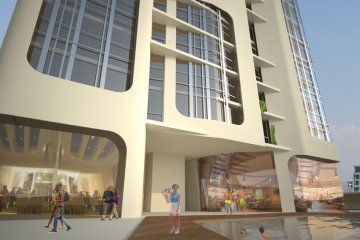 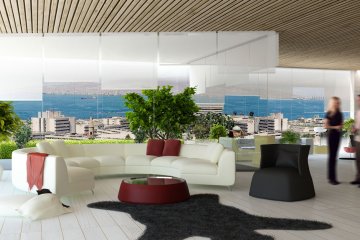 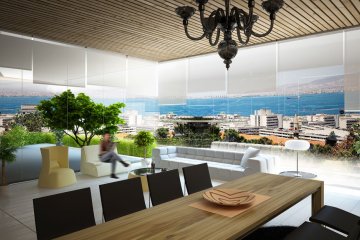 ZRL Pasaport is a competition proposal for a mixed-use residential tower in Izmir, Turkey. Izmir is located on the western coast of Turkey, and is a city defined by the arid Aegean climate that is characteristic of this region. Thus, a proposal began to evolve that sought to balance the inherent desire for unobstructed views with the functional requirements associated with sun-shading and the Aegean lifestyle.

The project consists of a base or podium, with retail at the street level and office space located above. The residential tower sits on this podium, and a spa, gym and cafes open onto a landscaped garden. Therefore, the roof of the podium base serves as a semi-private garden for the residential tower.

The tower form is informed by a number of forces, including municipality restrictions, programmatic and unit-type distributions, ventilation requirements, and circulation patterns. The original rectangular form was first carved, given the setback requirements. The tower form in turn was sculpted to create variation in the typical unit-type, and to allow for private and semi-private exterior terraces. A secondary skin, or enclosure, was proposed to make a formal connection between the base and the tower, and to solve issues of privacy, ventilation and circulation.

The ZRL Pasaport project therefore effectively balances the multiple competing forces on the site, and resolves issues of climate, view, privacy and lifestyle in this proposal for a new mixed-use development on the coast of the Aegean. 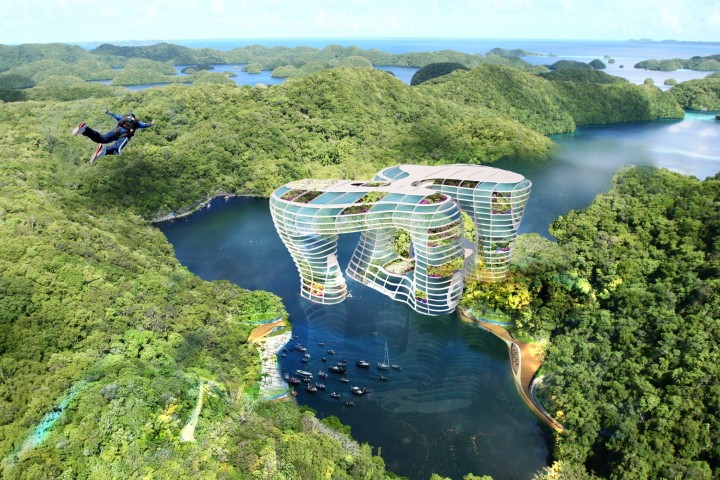 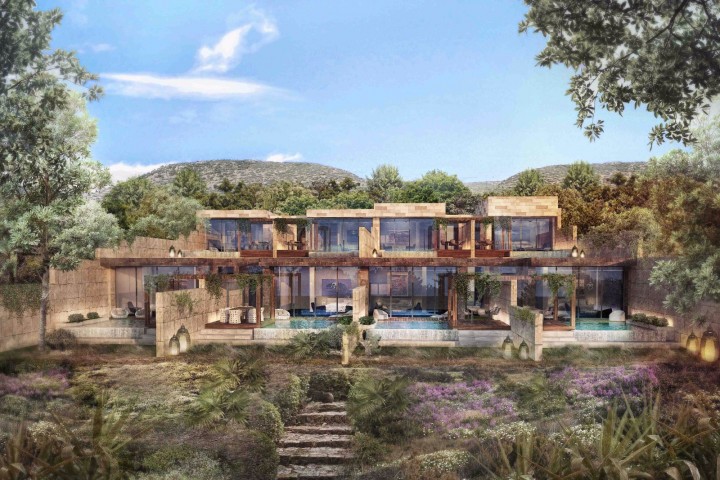 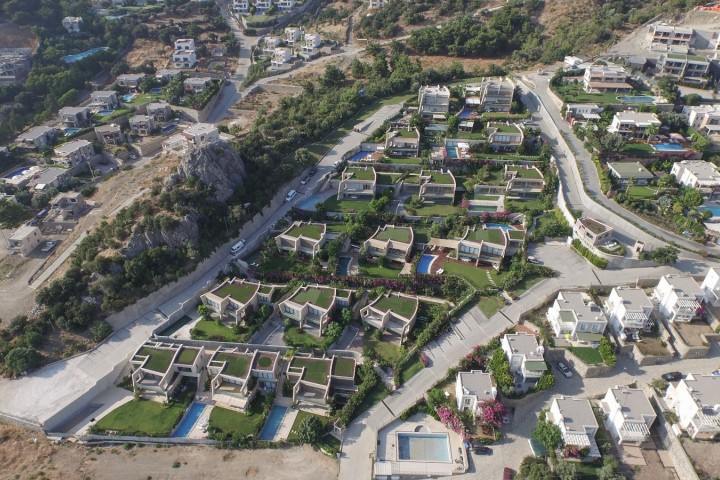 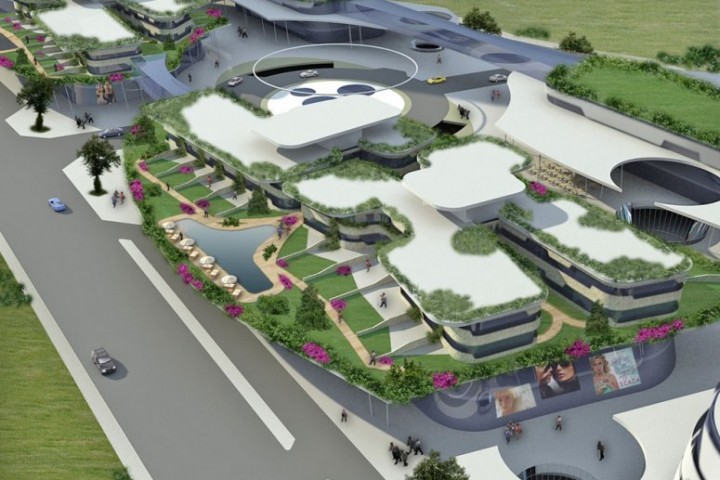