GAD’s Spa Hotel was featured on the DesignBoom web site in an article entitled “GAD Carves a Spa Hotel from an Cappadocia in Cappadocia, Turkey”. The text highlighted, “…the majestic landscape of Cappadocia in Turkey designed by GAD around the unique geography featuring cave rooms carved from the soft stone and a lagoon for guests to enjoy.“

GAD carves a spa hotel from an old quarry in cappadocia, turkey

turkish studio GAD architecture envisions a new spa hotel embedded into the majestic landscape of cappadocia in turkey. designed around the unique geography of the place, the prospective hotel features cave rooms carved from the soft stone and a heavenly lagoon for guests to enjoy. 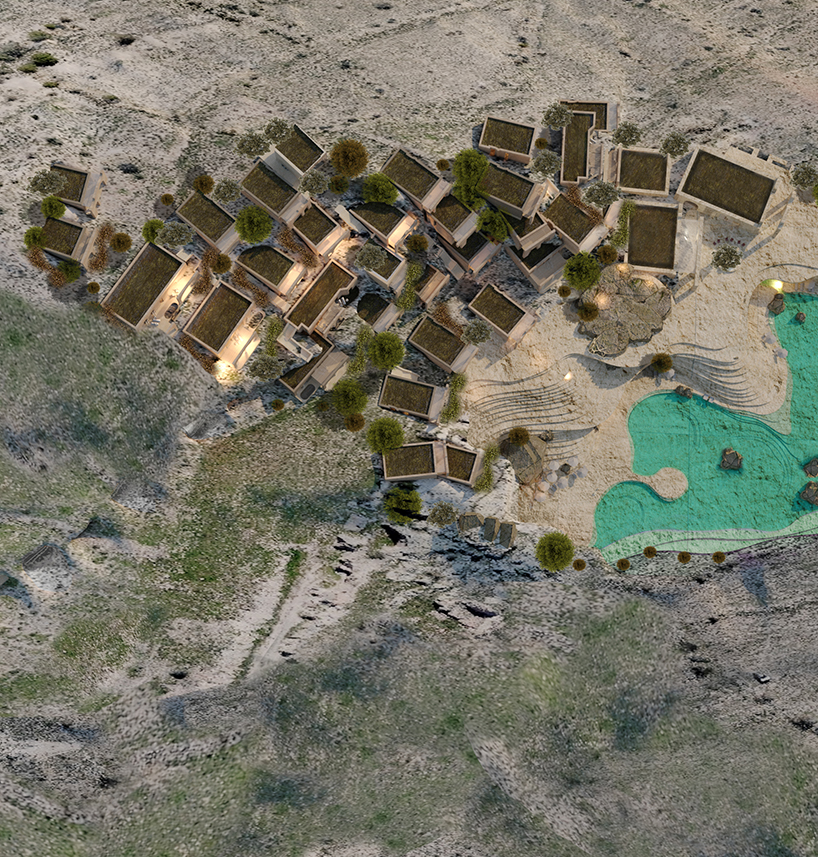 the project is currently in the planning stage and it centers around a former quarry in the tasocaklari region of nevsehir in cappadocia. since the mining license of the quarry was revoked, the site is now designated for conservation-oriented tourism. after researching the location, GAD architecture found unmined archaeological sites, which became the main design factor along with thermal springs that were discovered and the unique physical characteristics of the land. 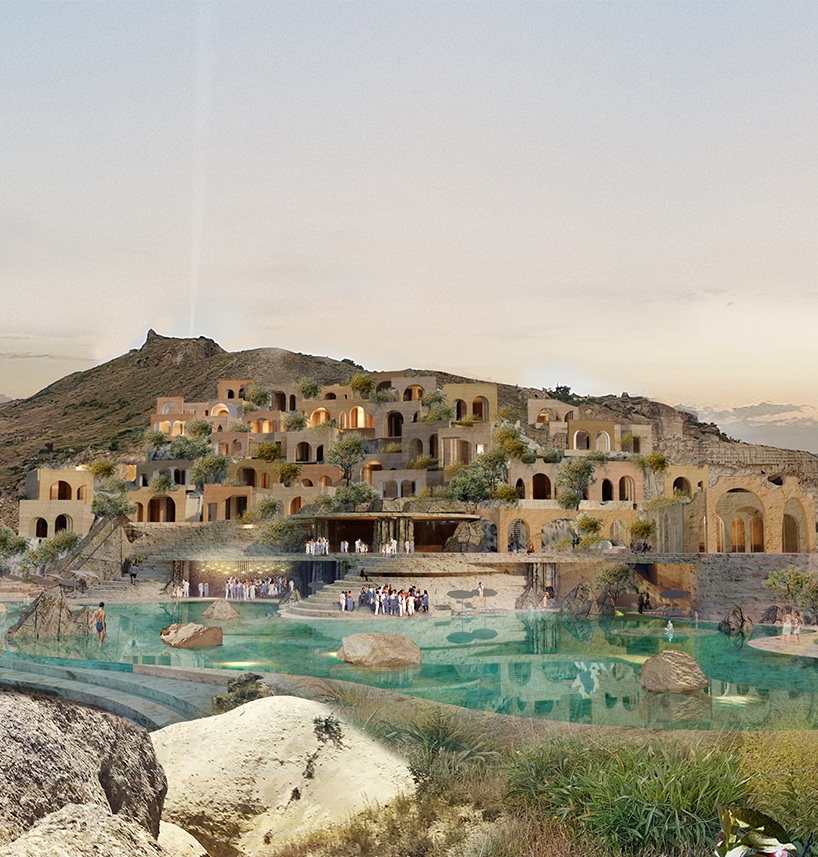 taking all the existing parameters and special features of the site into careful consideration, the new spa hotel is proposed as three separate zones. the hotel entrance is carved from west-facing cliffs of the former quarry and comprises the lobby, a rug weaving museum, and the special museum collection of the client, the indigo group. in accordance with the depths and heights allowed by carving caves from the rock, the plan consists of a main axis and ancillary apses attached to it. 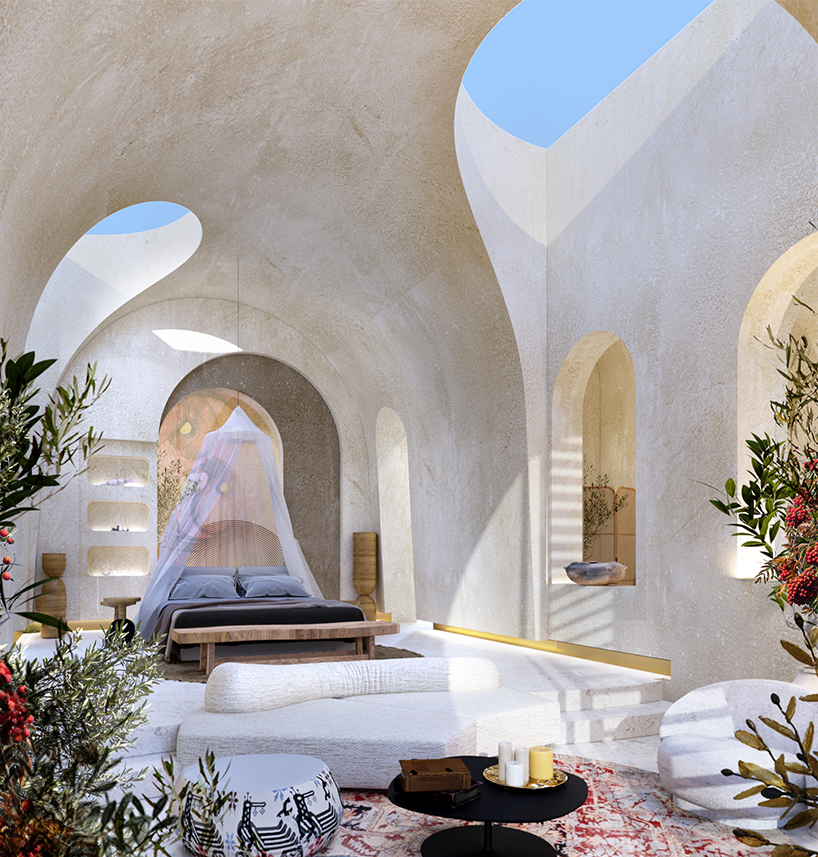 an axis stretches from the entrance area to the east with a line of cave rooms attached to it. the circulation and accommodation in this zone feature the natural texture of the local stone and the unique character of the region’s carved architecture. the corridors open up in certain locations to skylights. when this axis emerges from the hill at its eastern end, it opens onto another zone scarred by the former quarry. a thermal spring and natural dams at this location were the basis of the lagoon that was integrated into the project. 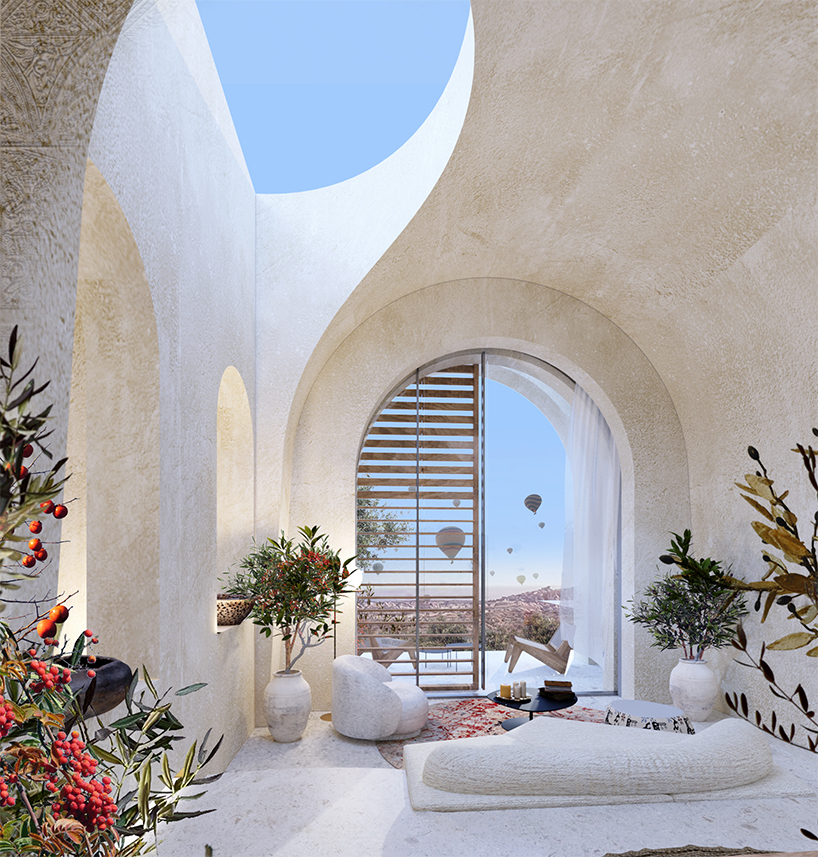 the third zone consists of units built above the lagoon on an east-facing slope opening to a view of the city of nevsehir. these units include hybrid, half-carved units and freestanding units made of natural stone. the distinctive designs of the units in these different zones, which have different scales and spatial features, is a response intended to be in proportion to the existing historical and natural context, preserving its unique character. 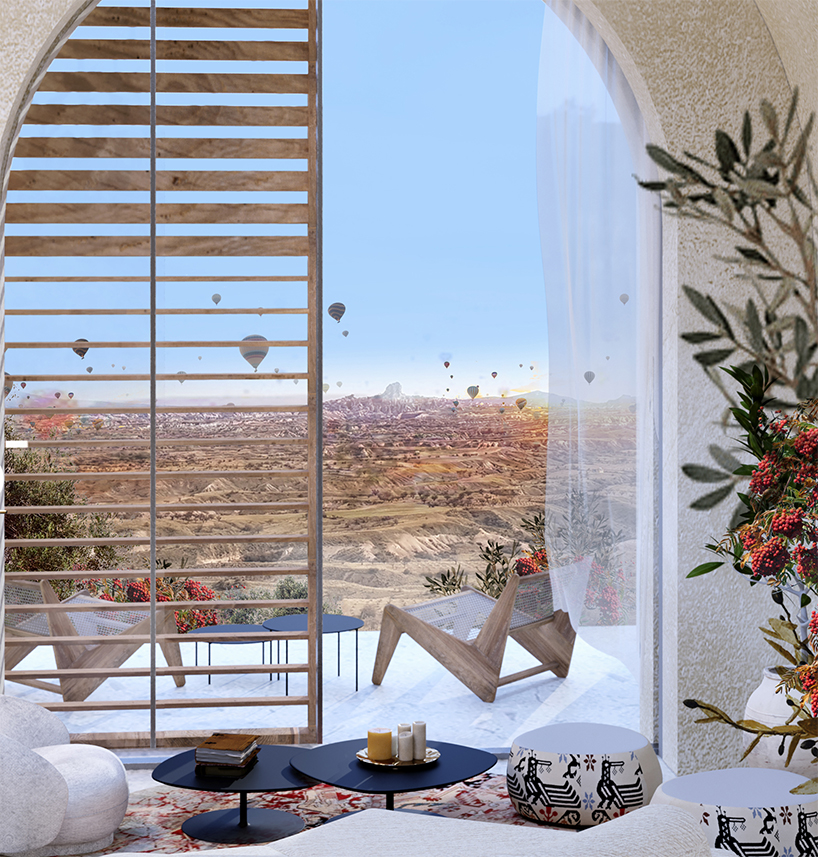 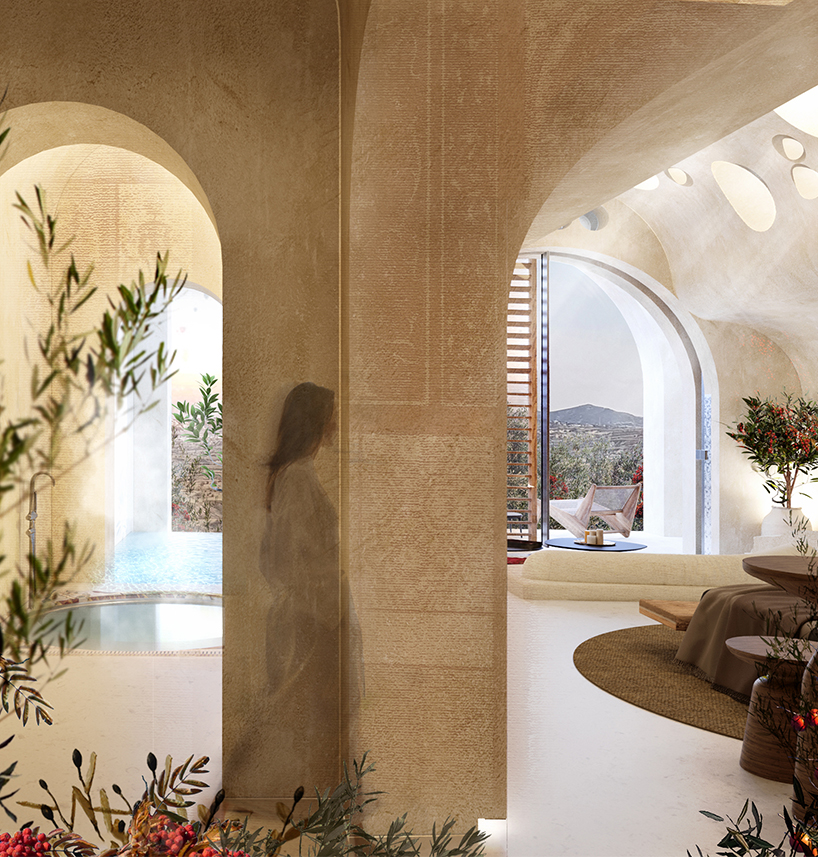 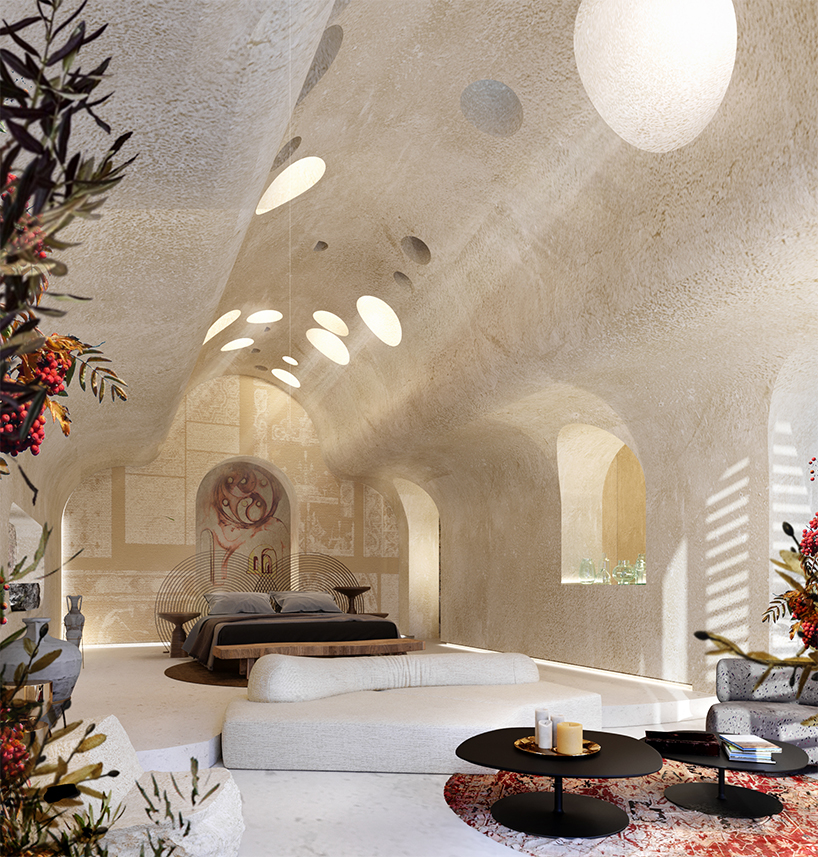 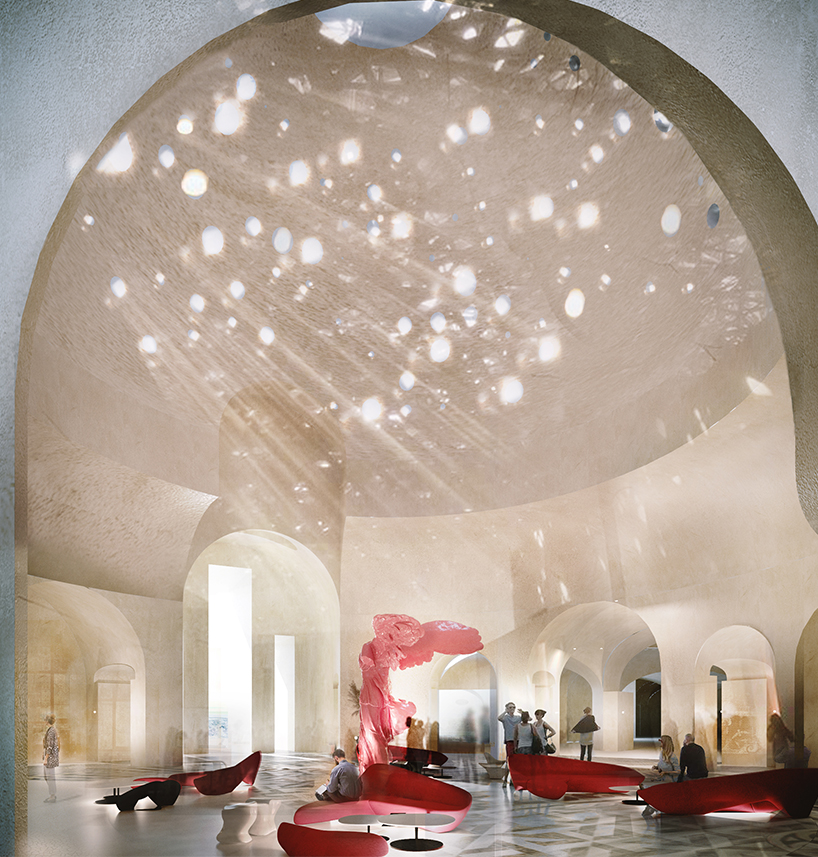 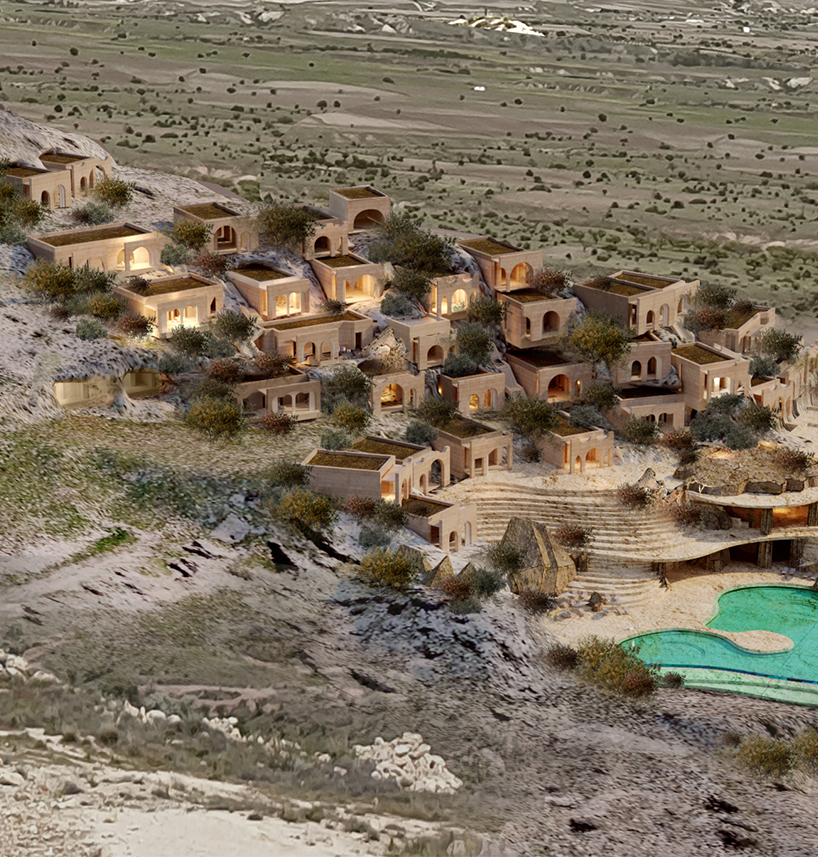 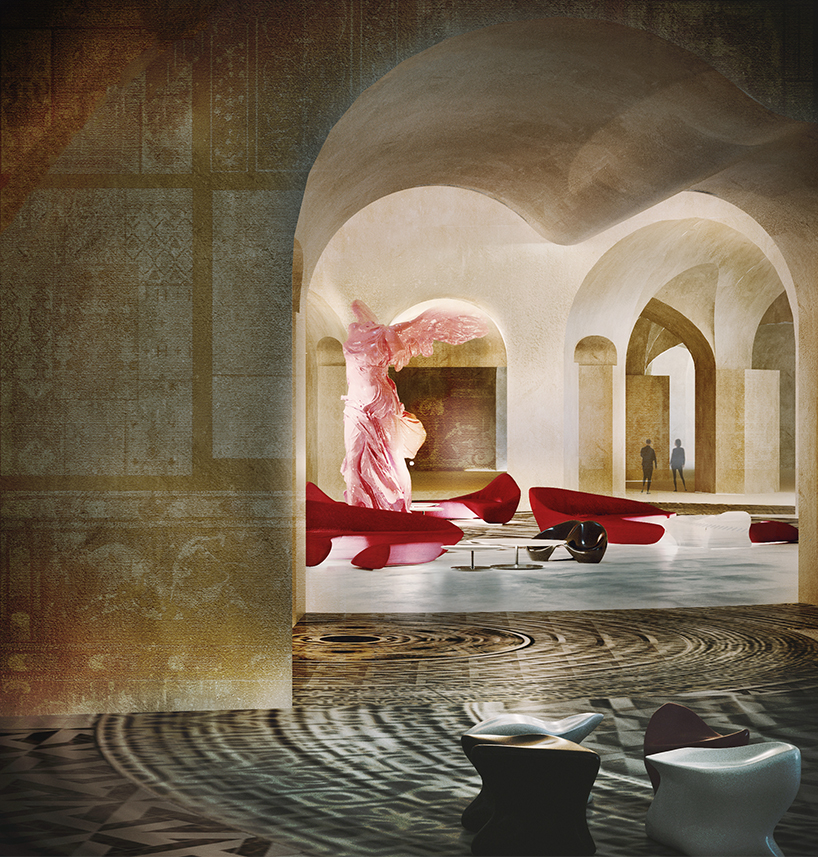 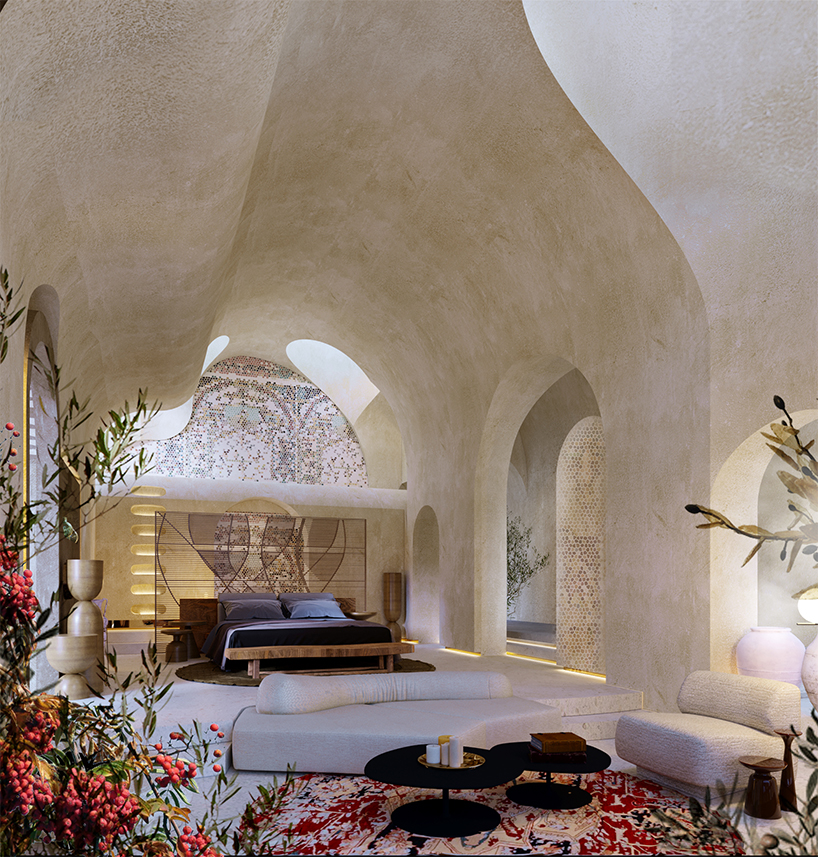 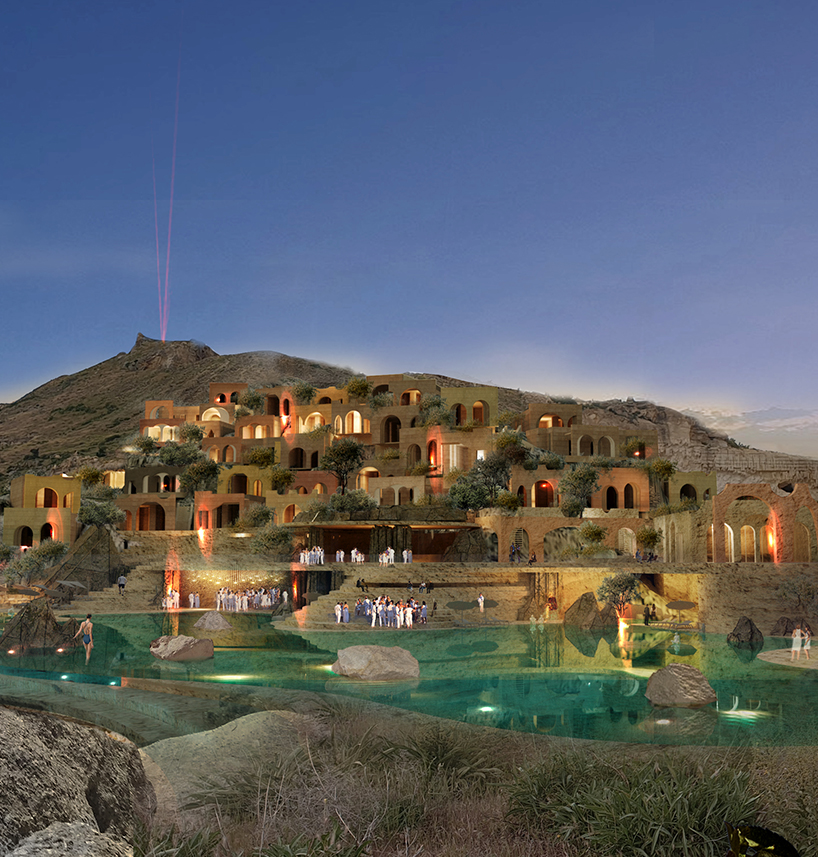