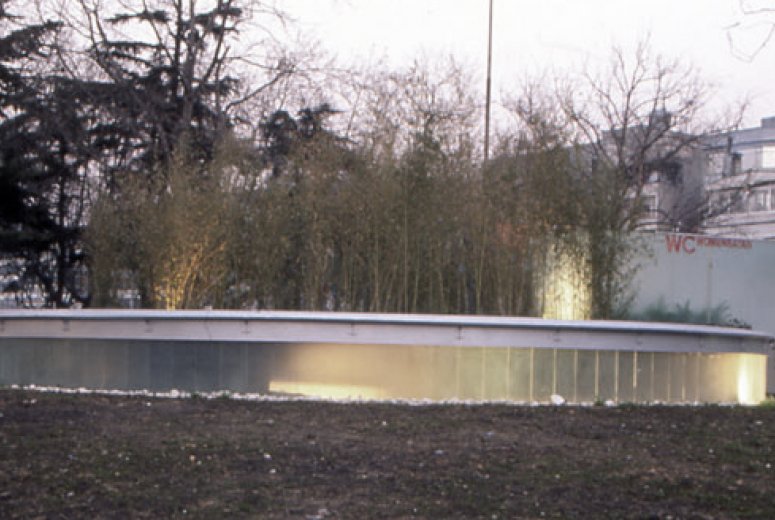 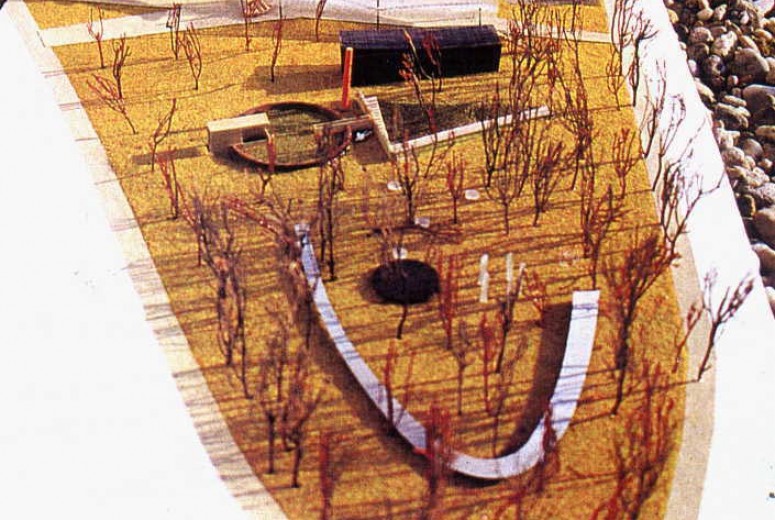 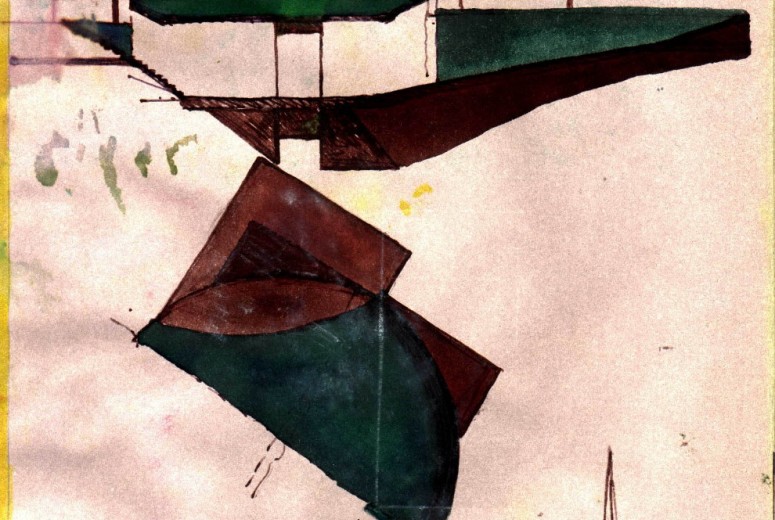 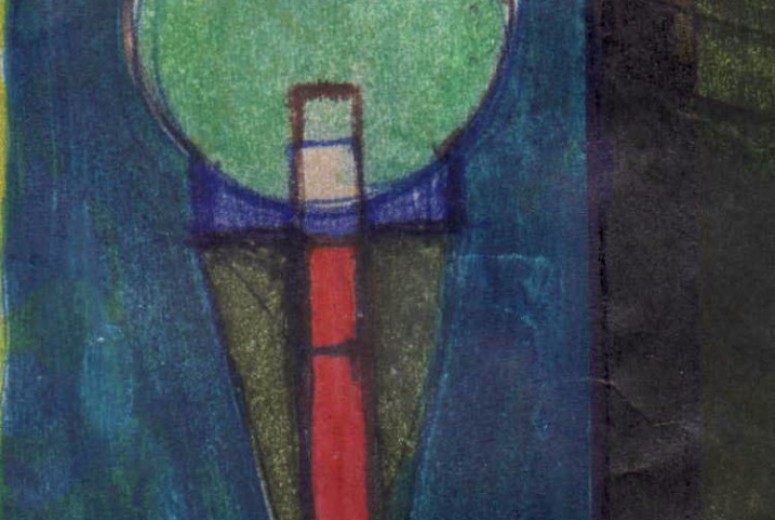 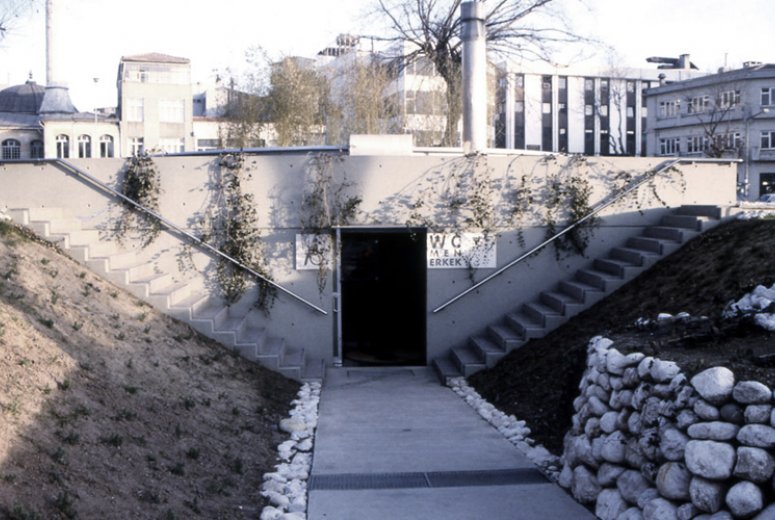 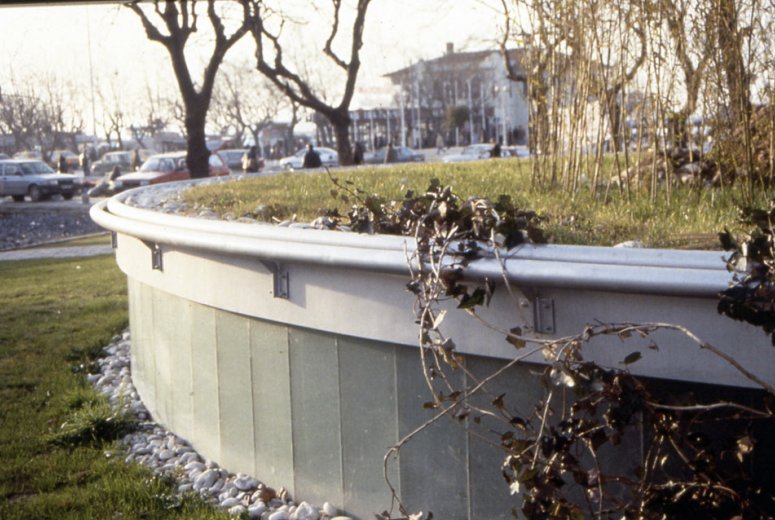 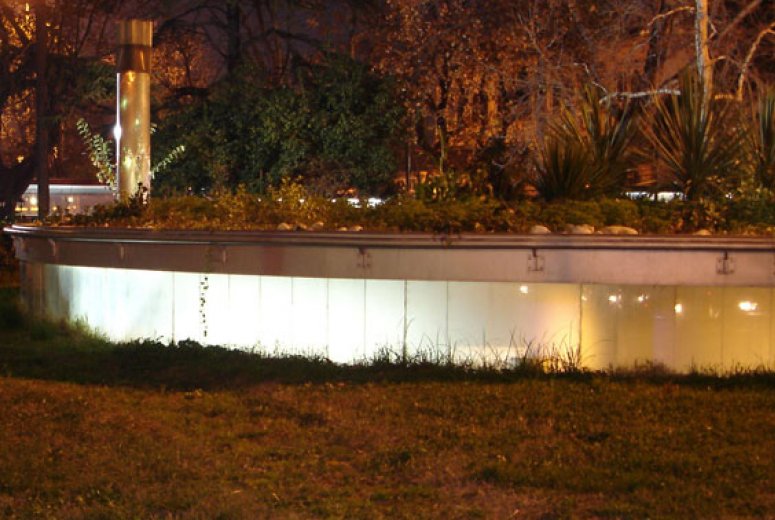 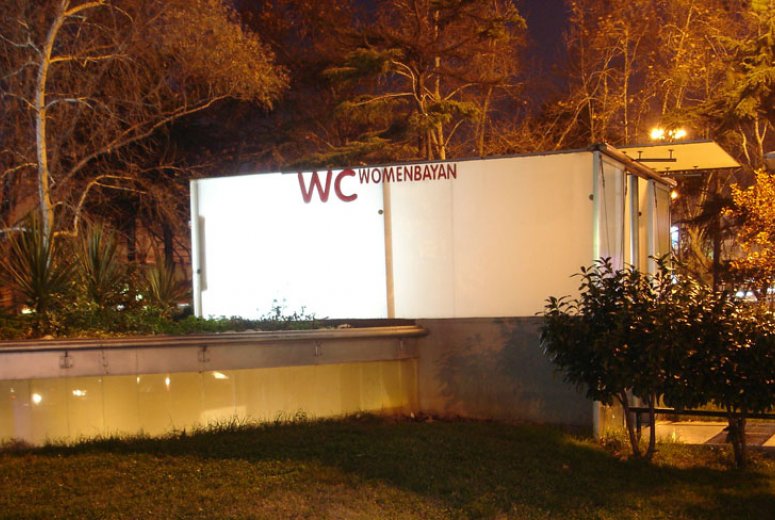 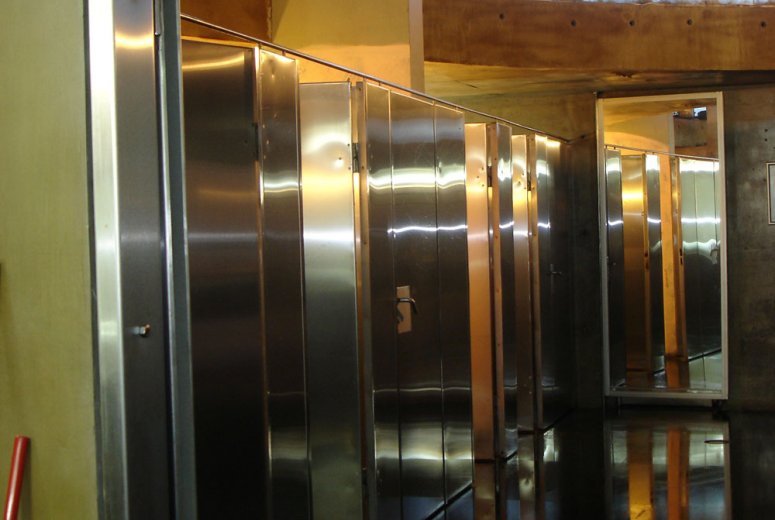 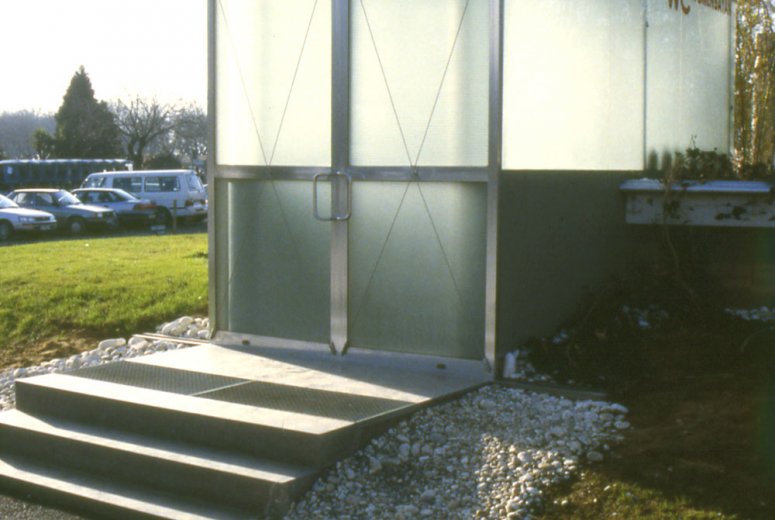 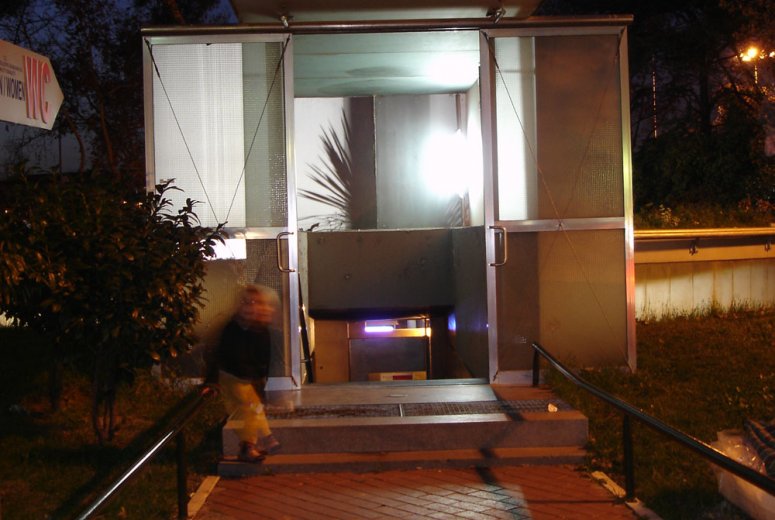 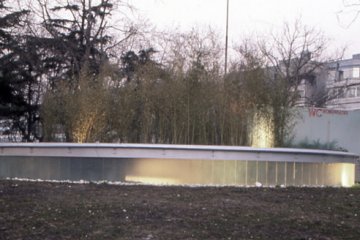 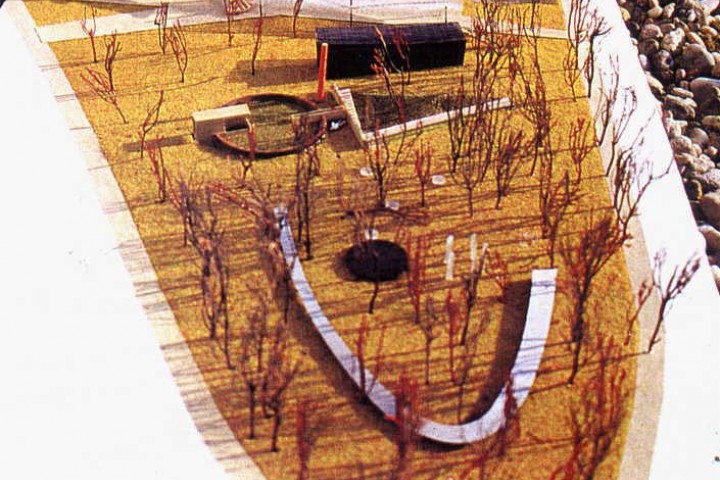 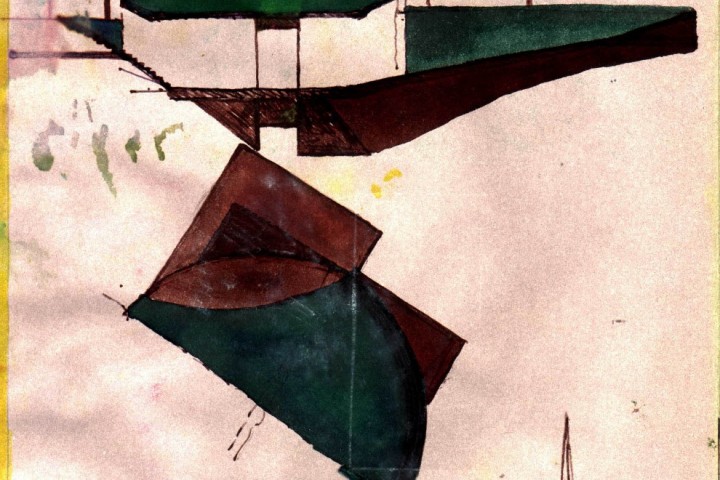 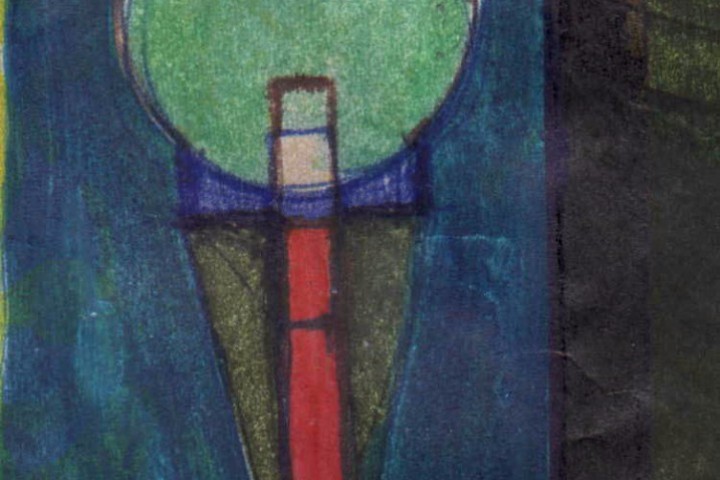 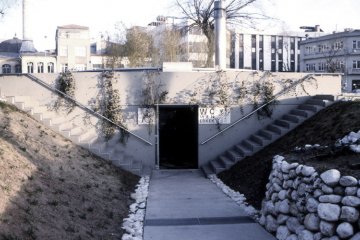 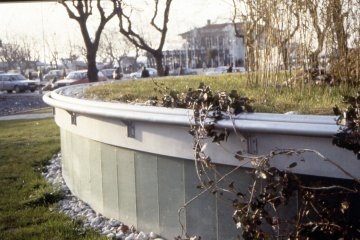 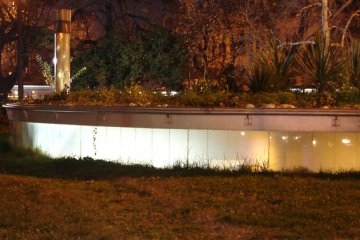 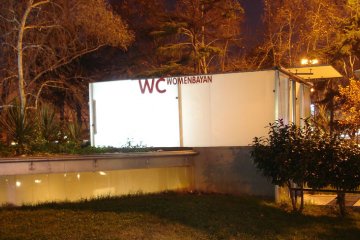 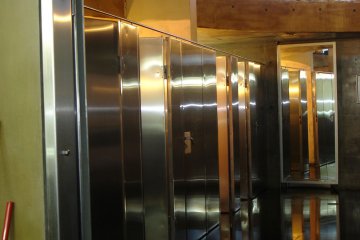 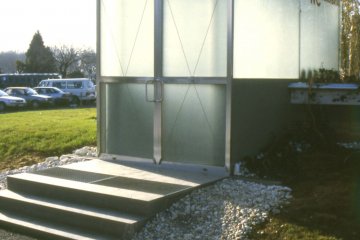 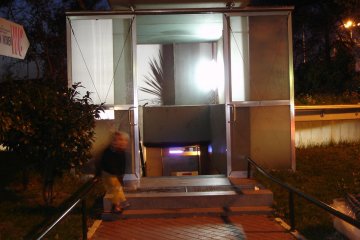 Kadikoy is a bustling seaside district of Istanbul that is the major transportation hub for the Asian side of the city and also home to a lively street culture. The interface between the two is centered around a square between Kadikoy’s commercial urban fabric and the mass transportation links on the shoreline. In the middle of this confluence is Kadiköy Park and it’s public restroom that became an important project for GAD as one of the practices initial designs for public space. The Restroom needed significant improvement as hygiene and operational issues had degraded it considerably. After negotiations with the Kadikoy Municipality, an agreement was reached to transfer responsibility for the renovation project of the publicly owned Restroom to the private company that had been operating it for a number of years. The private owner acting also as the construction contractor of the project commissioned GAD as designers and concept leaders of the new underground public restrooms and the surrounding park area with the idea of upgrading the complex as a public amenity. GAD’s design strategy was based on maximizing the area’s contribution as a public service. The strategy was to first place the restroom underground without disturbing the appearance of the park area and secondly to create a spare above ground appearance in harmony with the urban context of the historic district, both done within the possibilities of a limited budget.
To achieve these design goals GAD looked to the role of these buildings for hygiene in Turkish culture. During the Ottoman period in Turkey spaces for public hygiene such as public bathrooms and baths known as hamam were built adjacent to administrative and religious complexes shaping the urban fabric of cities. The Kadiköy underground restrooms play a similar role to these historical predecessors in contemporary Istanbul by providing a public service in a central location of the city. In this way the Kadikoy Park project and the underground restrooms originate from the social habits that already exist in the local culture but rehabilitated and organized in the context of the modern city. For GAD and the client the design of the project was to convert a banal functional anonymous urban place into a space of quality and character in the spirit of the historical past.
The design concept was to turn the dome of the early Ottoman period building type hamam  "upside down" and place it over a cube buried into the ground formally connecting the project with the historical past. In this way GAD’s architecture shows the programmatic and flexibility with Turkey’s historic built environment that would be an important issue throughout their work. Hidden below grade behind a circular glass parapet the facilities of the underground Restrooms are either accessed through the women’s staircase or the men’s and disabled ramp entrance. The underground functions are installed within a square whereas the pedestrians at street level can only read the underground restroom’s geometry as a circle. The glazed ring enveloping the upper half of is a rotational circulation point for pedestrians at street level as well as an orientation point in public space. Further structural requirements such as span length, lighting, lateral loading, ceiling height and daylight angles influenced the shape of the roof structure. Although the underground restrooms have a rigid and heavy concrete structure, transparency is achieved with double sided mirror installation.This renovation was done with a limited budget with construction awarded directly to different sub-contractors to control costs. For example, local door makers fabricated the stainless steel doors and the restroom cabins while a few skilled workers assisted by day labourers built the concrete structure. All were done with attention to economy and quality to achieve a sound solution for a public utility managed by a private operator. Robust, sanitary materials were chosen as a response to both the possibility of vandalism and the hygienic demands of the underground facilities. Accepted construction standards for public restrooms were reconsidered all through the building process and practical structural details were conceived for each particular point of the design to give a high quality finish to the rather standard public toilet typology.
kadikoy public park facilities kadıkoy public park facilities istanbul turkey render rendering renderings visualization 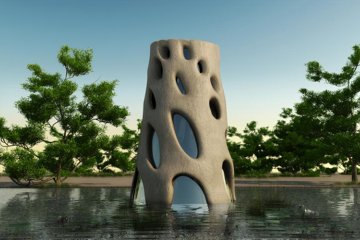 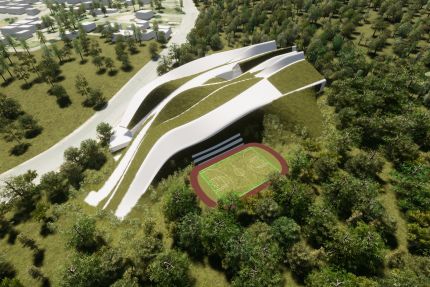 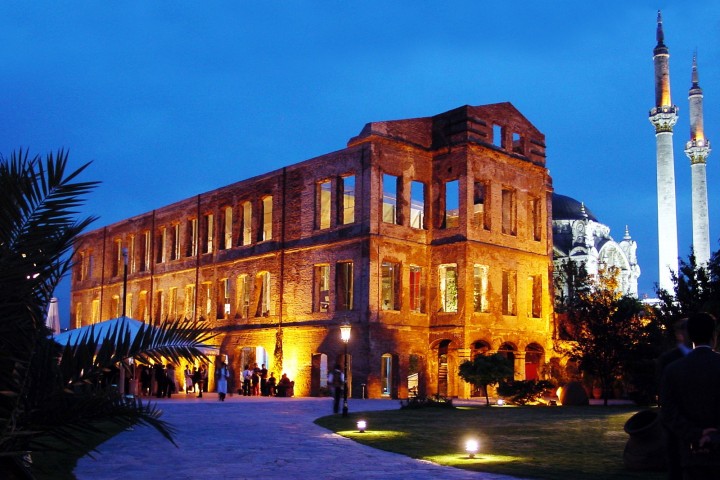 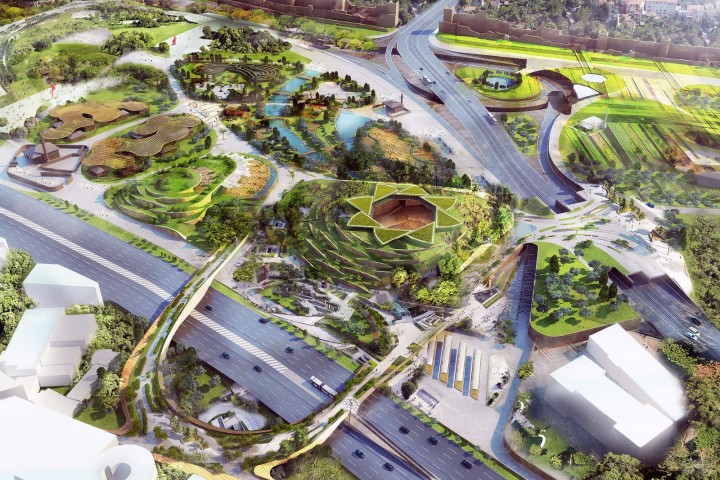