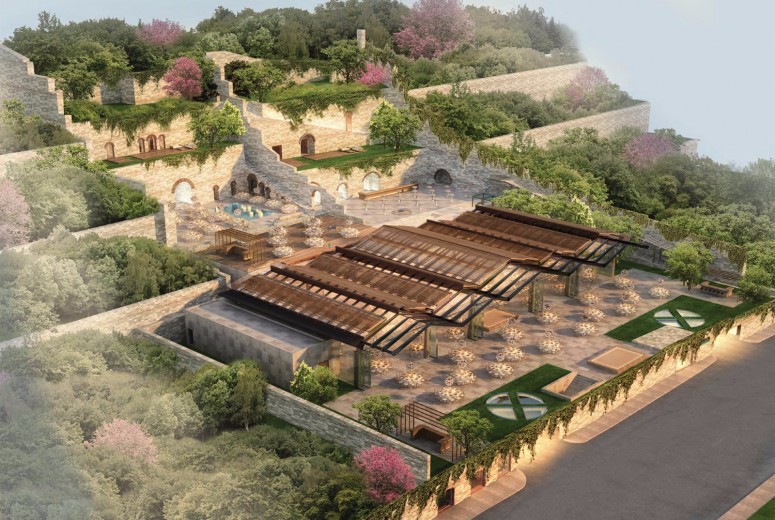 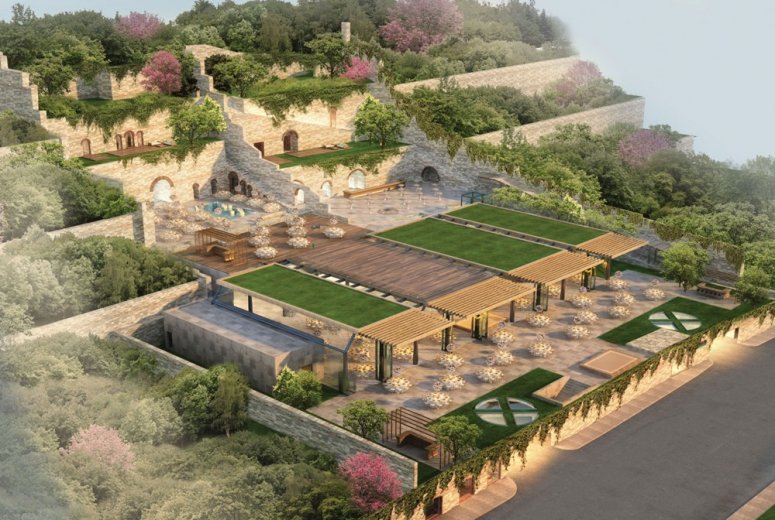 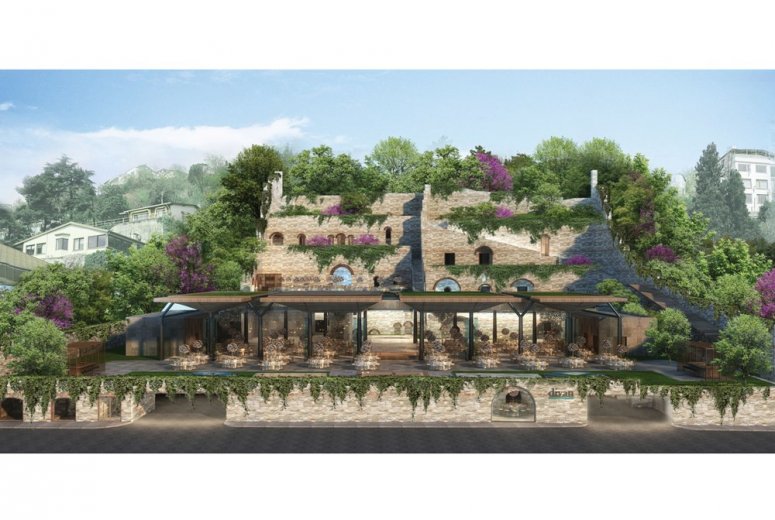 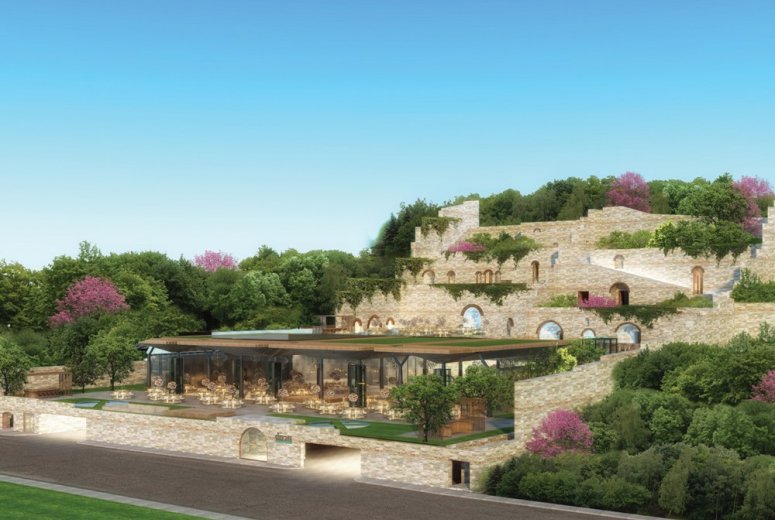 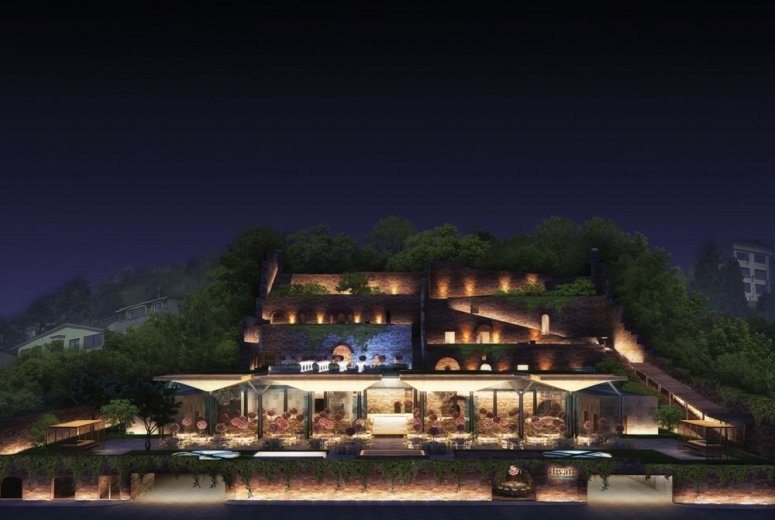 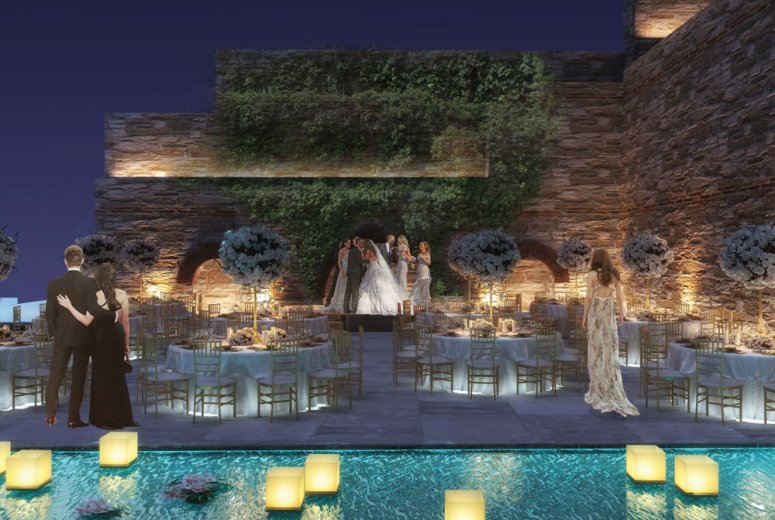 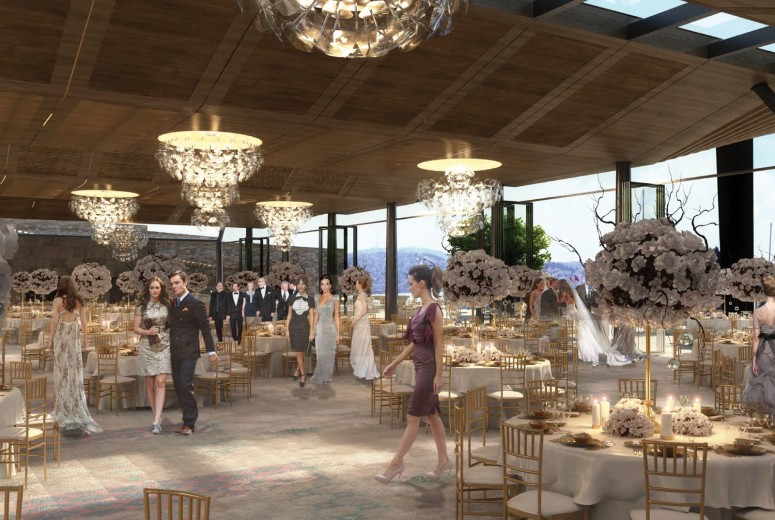 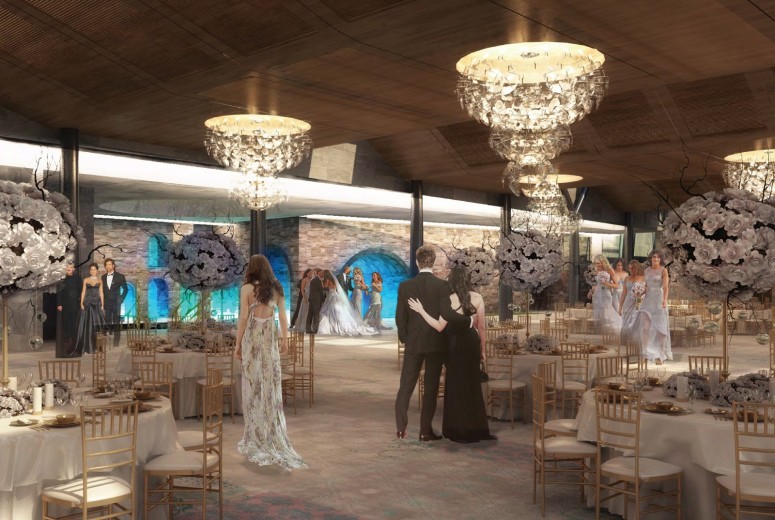 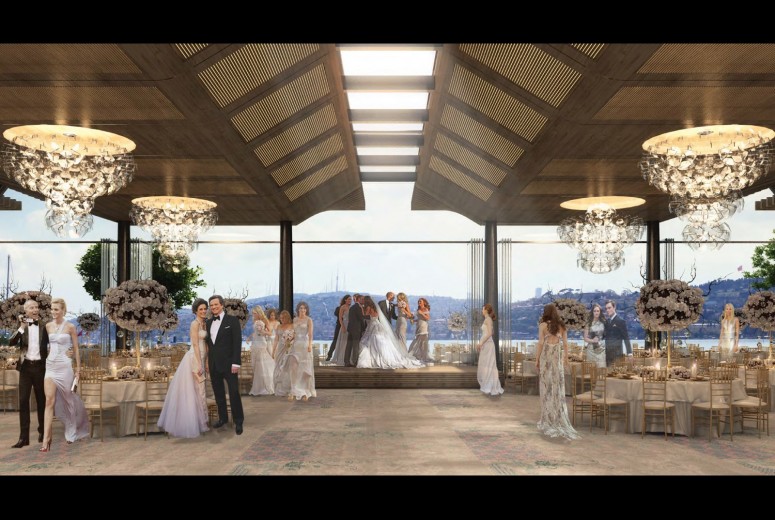 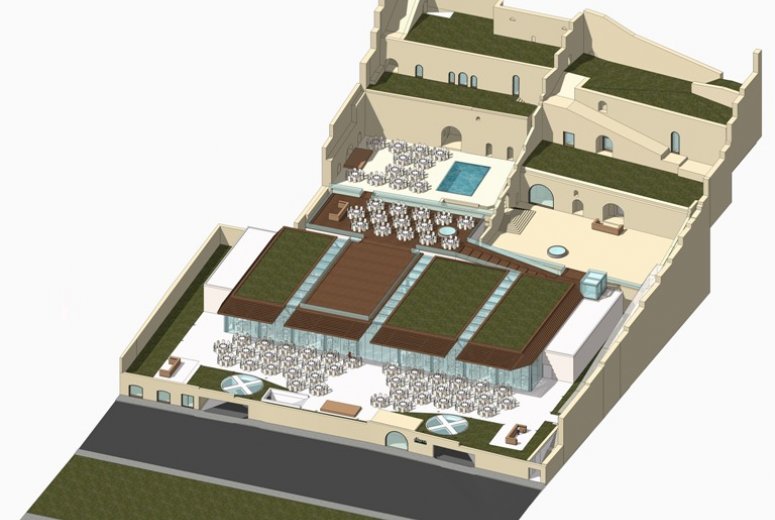 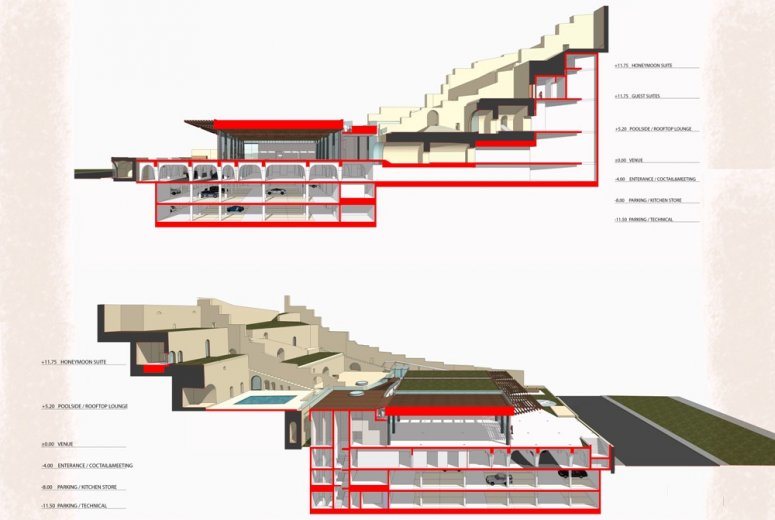 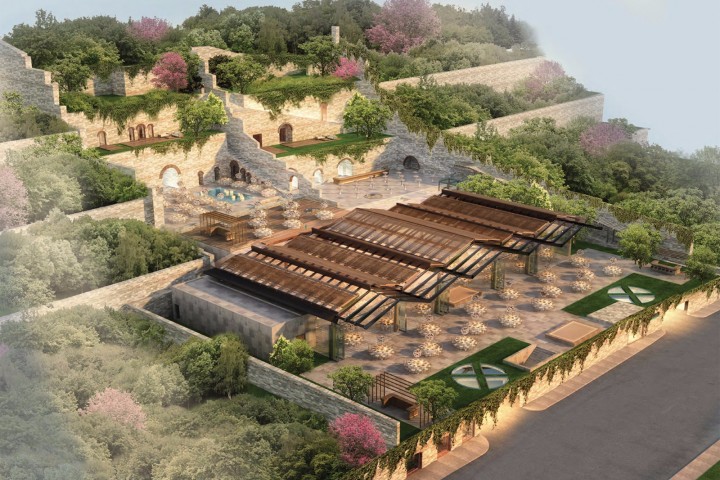 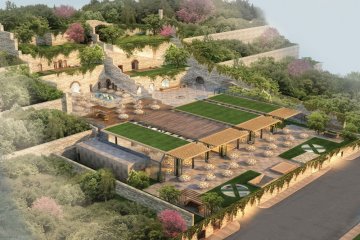 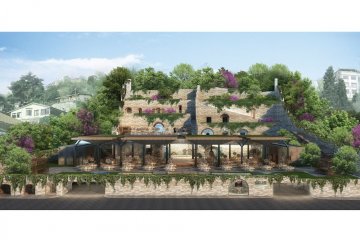 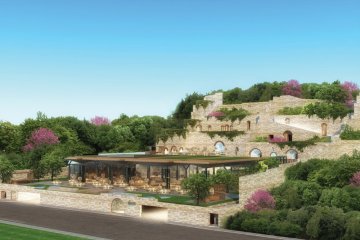 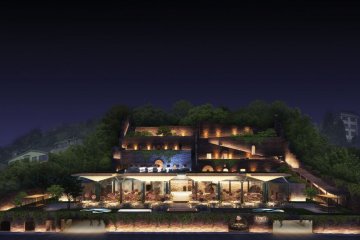 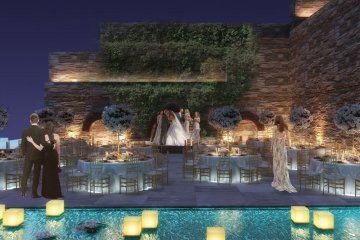 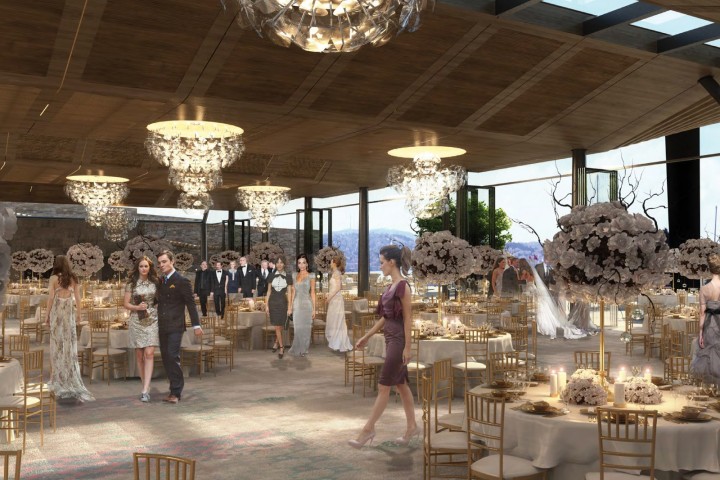 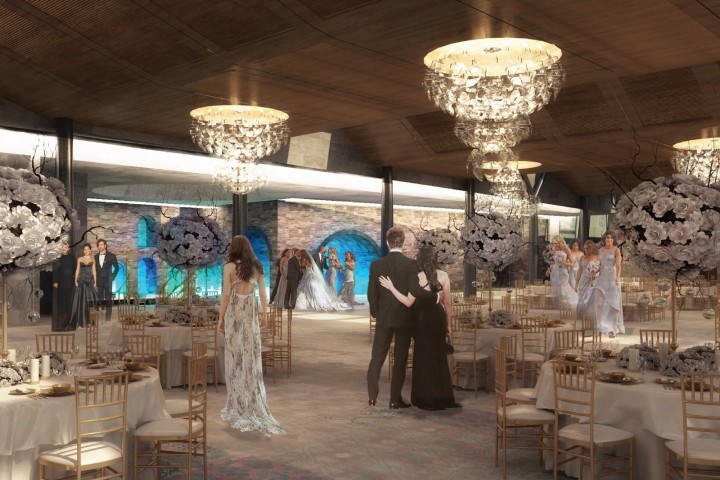 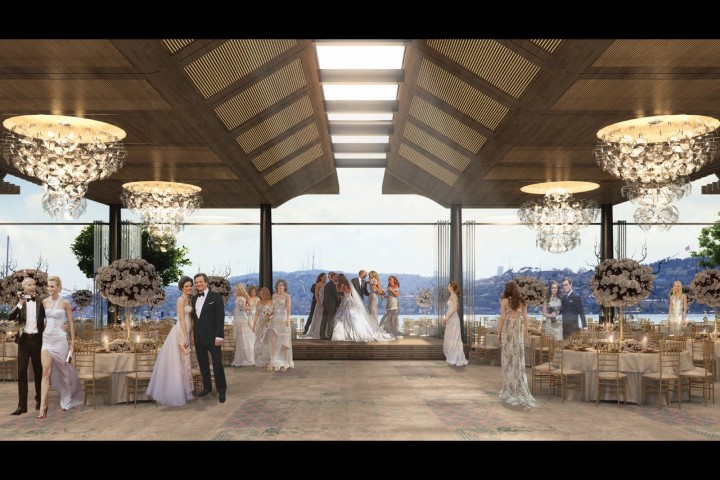 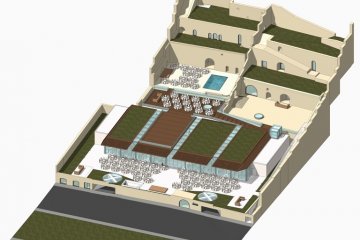 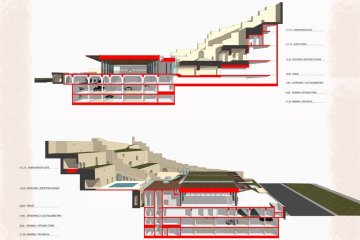 The Bosphorus Strait of Istanbul is the city’s most prominent topographic feature and an important part of the Istanbul’s identity. The shoreline of the Bosphorus on both the Asian and European side with its historical urban fabric is a cultural heritage zone that has strict building regulations designed to the limit size and scope of building in the area. GAD’s project in the Kurucesme district on the European side of the Bosphorus for an event space for the Divan Hotel group had to factor the historical importance of the Bosphorus and it’s restrictive building codes while also providing a contemporary setting for events.

The architecture strategy of GAD for the Divan Kurucesme refrained from introducing a new language for the site but instead subtly optimised the existing fabric of brick retaining walls, terraces, vaults and arches belonging to a pair of no longer extent Bosphorus mansions. Construction of new visible features was limited to the extension of the main event hall terrace with a steel structure and canopy creating a green roof that covers the main multipurpose event salon. This roof is the most prominent exponent of contemporary architecture. It is comprises a series of long undulating steel beams in a wave like form with variations in thickness as a structural and visual conceit to enhance the expressiveness of the beams. The curvy form of the steel structure conceptualizes and extends the forms of the existing semi-circular brick arches and vaults as a visual extension of that language but is undoubtedly firmly rooted in modern architecture in it’s bold steel and glass structure. The steel structure of the canopy with its thin roof and façade glazing also allows for a minimal number of supporting columns creating a flexible space underneath adaptable to many event scenarios.  This space used primarily for weddings and corporate meetings houses this main volume that largely disappears behind the glass facade as a hidden area on top of the lowest terrace and the substructure of kitchen and parking areas below.

The semi-transparent steel and glass canopy with the brick walls, arches and vaults above accentuate the historical fabric of the Bosphorus in an architectural strategy that also creates a dynamic, modern architecture in a spatial sense. This spatial dynamism means that historical continuity in materials and forms for the architecture did not equate necessarily with a restoration model for updating traditional architecture. Instead the exposed remains of the existing terraces and previous building foundations have been unified to create intriguing spatial relationships and views up and down the site and within the historic remains and importantly from the Bosphorus itself. From views toward and from the Divan Kurucesme different experiences of space and forms are generated relying on the subtle play of the underlying spatial conditions and morphology of the Bosphorus topography. 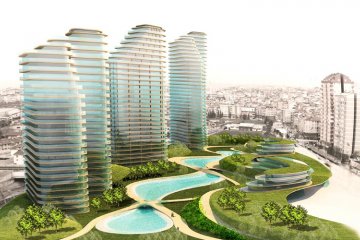 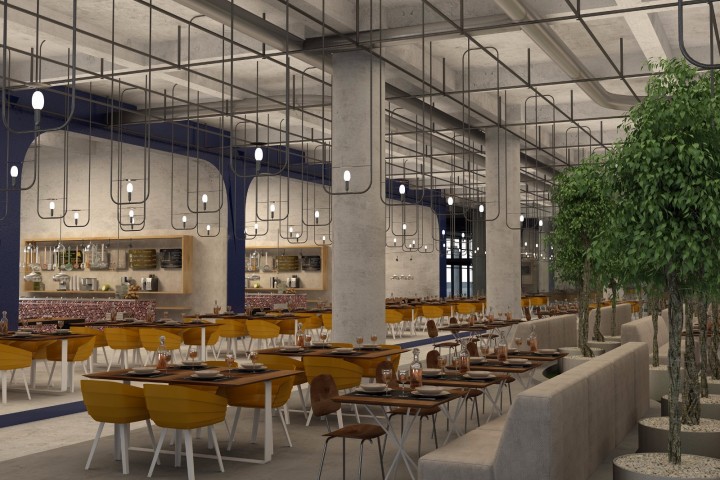 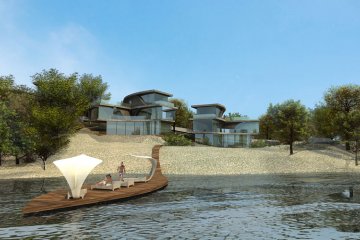 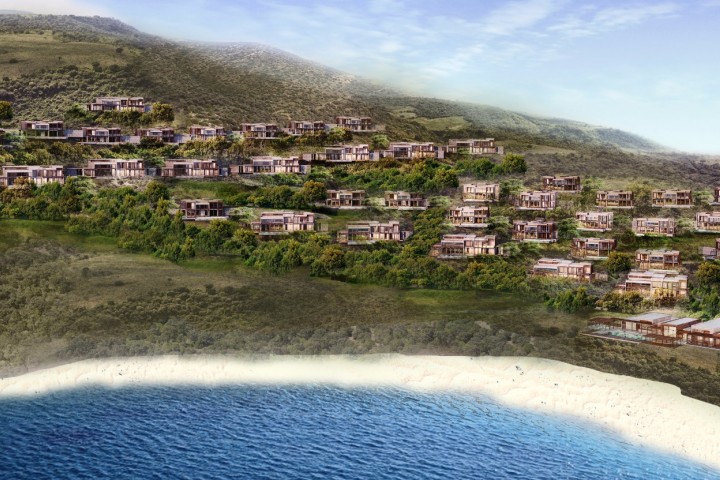